Even though today’s album is not of this years’ catalogue, the album “Opening of The Eye by The Death of The I” by the American outfit In Human Form, released in November 2016 digitally and next June physically on CD by I, Voidhanger Records, is a rather interesting proposition for all those who are interestedin structures that deviate from the given, monolithic expressions of extreme metal.

Within about an hour (52 minutes for accuracy), divided into 6 total tracks, In Human Form from Massachusetts, offer a fairly different and multi-levelledalbum that has a lot to give to anyone who has the will to devote several hearings to understand it.

Musically, In Human Form is characterized by aggressive, violent Black Metal structures, grafted with Progressive elements, while some Jazz strokes fill the band’s canvas. Quite straightforward compositions on a general level, however, the record’s levels are unfolding / highlighted more and more with each listening. While the album runs fast with classic Black patterns, the Death / Doom riffs combined with scattered acoustic passes make “OOTEBTDOTI” quite complicated. The peculiarities of the album are intensified by frequent rhythm changes. Guitar solos are basically a few, but they do appear. The album opens and closes quite mysteriously, making it sound like a theatrical performance. In the most artistic part, “OOTEBTDOTI” is characterized by mystery and darkness, ideal for an internal shuffling, perhaps even for meditation, since the philosophical endings of the lyrics (however misanthropical and grim they are) offer a convenient ground for such experiences. What I enjoyed was the way the album is knitted, with defining axes of beginning, middle and ending parts. Pieces 1, 3 and 5 operate as an intro of about one minute for the pieces 2, 4 and 8, which last more than fourteen minutes. Despite the long duration of half of the songs of “OOTEBTDOTI”, the listener’s interest isn’t carried away or distracted, as their flow makes them sound like classic three-minute tracks.

The recording and mixing of the album was handled by guitarist Nick Clark in the Black Lodge. Mastering took place at New Alliance East Mastering. In terms of production, the “Opening of the Eye by The Death of The I” is excellent, with full and bulky sound, ideal for the musical expression of In Human Form. The almost paranoid album cover is a creation by Kenny Richard. 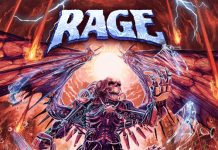 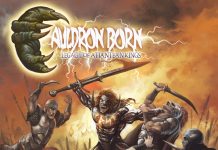