The earliest, little-known incarnation of INNER STRENGTH formed in 1986 in Long Island, NY as a crossover hardcore / punk outfit – portions of which would eventually resurface in NYHC notables BEYOND (and later QUICKSAND, among others).

Three demos and three years later, founding vocalist Scott Oliva endeavored to put together a stable all-new lineup, transforming INNER STRENGTH into the Progressive Metal unit for which the band is now remembered. This formation of the band finally took shape by the fall of 1990: Oliva joined by drummer Joe Kirsch alongside former ARIOCH members Justin Hosman (bass) and Joe Marselle (guitar).

Within a month, this reinvigorated INNER STRENGTH lineup had played its first show, entering the studio to record their debut demo outing, “Within the Dream”, before the end of the year for an early 1991 release.

The “Extra Strength” sessions quickly followed in order to satisfy interest from record labels, representing the group’s increasingly diverse approach to technical-yet-melodic Metal. The hard work would soon pay off, as INNER STRENGTH continued to work toward its lone full-length offering…

It is obvious that the “Within The Dream” demo is considered to be an absolute classic among the early 90s US Power / Prog Metal demos. An excellent combination of state of the art compositions balancing between a very specific Power Metal developing and a massive Prog aesthetic in each and every of their part.

The listener would understand what is all about even from the very first, opening riff of the “Believe (You and I)” track. The bass line would develop a straight connection between this very specific opening riff and the complex rhythm section that lies behind. The vocal melody have already climbed all around, filling the part with pure force. A huge combination of technical and complex but meanwhile so “straight in the face” riffing would follow, tempo changes and magnificent lead guitar fillings. So many parts and themes combined on a single song… and those double vocals.

Well we should better face it. Inner Strength’s music has no particular shape or “formula”. The band combines all this huge riffing that is generated through this Power, Prog and ultra technically Speed Metal approaching. This combination is done under a very special and unique way. They would focus on the melody and would develop song structures that would keep the listener deeply focused on each and every song they deliver. and all these for a very specific and crystal clear reason: Expression. And remember that this band was still on the beginning of their creative saga, back in 1991. And they played THIS way.

Do not ask me to pick tracks from this classic. I will simply choose everything: “Believe You and I”, “Genetic Excellence”, “Misguided”, “Altered” )what a fucking masterpiece), “Shallow Reflections ” and “Closer Than You’ll Ever Be”.

“Within the Dream” generated a huge impact on the underground when it was released. However to be a technical Metal band back on the USA of 1991 was not an easy mission and I would not explain the reasons in here. The band needed to approach record labels so they quickly got on the studio to record the “Extra Strength” material. “The Dying Factor” re presents their ecstatic ultra technical music and same goes for the “Red Room” tune, while “Empathy” would bring to the foreground the magnificent ability of this band to use the acoustic guitars: for interludes, main themes or outros, Inner Strength’s acoustic touch is a classic feature. Yeah I know that “Shallow Reflections” track is the your favorite under this approaching. I would add the “Misguided” intro / first part as well.

Two previously unreleased tracks from the “Extra Strength” sessions are included in this re issue. “Jaded Illusion” a melodic, mysterious and dark yet technical Prog / Power anthem. I love this one. “Spirits in Motion” is a lovely acoustic instrumental epilogue.

So through the “within the dream” re issue we can examine the beginning of an adventurous saga, focusing on the 1991 days of this amazing band. Everything in here has been done on a great, professional way. All the material is remastered by Jamie King at The Basement Recording. The CD is packaged alongside a thick booklet full of ephemera, and part one of a retrospective interview with Scott Oliva and Joe Marselle, so you will have stuff to read. Of course photos and lyrics are included.

This is an absolute must. 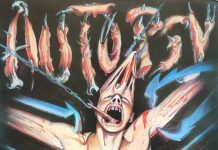 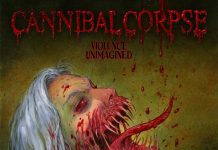