Lately, the scene of stoner/psychedelic rock has risen up exponentially here. Many bands are formed, many concerts have taken place and many discography efforts from the bands has been released. The truth is that I start believing that this effort will blossom and bear fruit if there is evolution in the music’s genre.

Instant Boner, coming from co-capital Thesalloniki, have to offer something different than the usual desert/psychedelic rock “molds”.

The ‘ep starts with “illusions, my guide”. Trippy, with a ’70s rock aura, especially in vocals, which differentiate them from other groups of the genre and give them character. Next follows “the dirty roads”, with it’s groovy and surf mood. The dual guitar solo (it reminds me the early maiden) and double-kick in the end, shows that these fellows are not limited to one genre, but they also assimilate metal elements in their psychedelic rock. The next track “slacker” will bring instantly in our minds Nightstalker, with its aesthetic. My only complaint in this release lies in this track, as it lacks of character and originallity. However, this track is not bad. Next song is ”The perfect sunday”. The sample and the intro of this song relaxes me for a while and my mind travels to a beach (I need to go on vacation!). The track evolves into more prog forms. Its actual length reaches the thirteen minute-mark, but it keeps our interest undiminished, with continuous changes between clean and more heavy rock moments. The last track begins with a sample from the movie Witches of Eastwick (in this sample, Jack Nicholson is insulted and humiliated from Cher!). Nice track, quite heavy and special (I was impressed with the thrash gang vocals!).

In summary, Instant Boner didnt got me an instant boner! But after several listenings, i discovered that they have something different compared to the other bands of the genre and they deserve a reward for their effort and attitude! We expect the full length to get the full picture. Until then, listen to them and support the local scene as much you can. There is considerable potential in our local heroes. 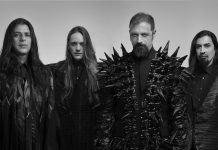 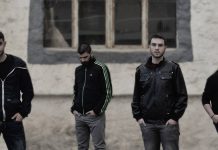 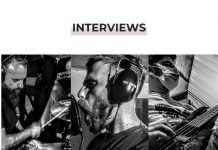