“What’s in Your Head?” wasn’t what the majority of their fans exactly had in mind as a Diamond Head killer album. After all it’s been almost 9 years since its release and the anticipation was growing for all the lovers of quality N.W.O.B.H.M….As their s/t album is a back to the roots dive we grabbed the opportunity to talk with the mastermind of the British, Mr. Brian Tatler.

Good afternoon Brian! Greetings from Greece! First of all congratulations on your new excellent full length and thank you for accepting our invitation and spending your time with us. I’ve been a long time fan of the band, so I’m honored to speak with you! I really appreciate it! So, to begin with, you are about to release the new self-titled album in March. Tell us a few things about it; for example, when did you start recording it and where did the recordings took place?

We began recording it on 5th July 2015 at a small studio in Walsall called “Vigo”. It was an enjoyable experience and took about 19 days to record spread out over four months.

It’s been 8 years since your last album. Why did you take so long to release a new one? Are there any specific reasons? Lack of inspiration or something?

Our last singer Nick emigrated to Brisbane in 2008, so since then it has been impossible to get together to write and record new material. We kept on touring, but Nick would only come over for the tour and then fly back straight after because he has a day job and a wife and kids to support. Eventually, we decided we had to get a new singer. Once Ras joined the band I thought we should try and write some new songs. Ras is Danish, but lives in London, so it’s just a train ride up to the Midlands. Since 2008 I kept writing new material for an album project but it didn’t happen and I am glad we did not try do another album over the internet.

Can you tell us a few words about the tracks one by one? What themes so your lyrics deal with?

I passed this onto Ras: “The lyrics for this album have common ties to same themes, which are generally about the world situation, a call to arms to the individual and the resentment to systems of control. There are songs that have lighter subjects such as “Speed”, “Wizard Sleeve” (The title speaks for itself), and “Diamonds”. “Diamonds” for example was meant as a homage to the legacy and history of Diamond Head and all the great songs through the years. As we all agreed the album had to sound like Diamond Head, it was important that the lyrics did as well. This meant they had to be rich in imagery, memorable melodies and choruses. Its part of the Diamond Head sound”

Do you have any specific expectations from the new album? Do you think that the impressions the record will give will be different from listener to listener (give the fact that your fans’ aging levels has a great range)?

I try not to think about that, I like to write music that I like and I have quality control. With this album we all said “It should sound like Diamond Head” it’s partly the way I write and the riffs and chords I come with that make it sound like Diamond Head. I think Ras coming in fresh and studying all the back catalogue was able to see from some perspective what worked and what didn’t work. I also think Ras’s voice is a perfect fit for Diamond Head.

If I’m not mistaken, the new album will be an independent release. What’s the case here? What led you to such a decision? Hasn’t a label showed interest until now?

The last two albums had a licensing deal with Cargo records, I did not want to do that again and figured we can make more money doing it ourselves. It is a learning process, but there are rewards for all the hard work and time that has gone into it. We may yet do a distribution deal too.

Since the early 90’s the band hasn’t made a release on vinyl format. Nonetheless, one can easily notice that vinyl is back, thus labels and bands are re-releasing some albums in that format. Are there any thoughts of making the same?

The new album is being released on CD, vinyl and digitally. It will be released 11/03/2016 on all three formats. There are no plans to re-release early albums on vinyl at the moment.

Rasmus Anderson is the band’s newest member. Tell us a few things about him. Why did you choose him? Do you believe he can achieve a good level of performance, especially for the old Diamond Head songs? Personally, I listened to some live footage from Wildfire festival in Scotland and I liked his vocal range a lot, I must say!

I found him through a friend of our bass player Eddie Moohan. We sent him a backing track to the Diamond Head song ‘To Heaven From Hell’ and asked him to sing on it. Ras sent it back to Karl and I and we both thought he was great. Ras made it sound easy, he was not struggling to reach notes at all. Next we had a rehearsal with him (which I recorded) and after about 30 minutes I was sure he could do the Diamond Head songs justice live. We have had many long rehearsals and 14 gigs with Ras and I have not heard him struggle or lose his voice once. Ras has a fantastic vocal range.

I noticed you are going to headline a day in April 30 at Northwich Memorial Court along with Salem, Witchfynde& Spartan Warrior; a hell of a night for NWOBHM maniacs! That’s definitely gonna be an unforgettable gig! Have you considered playing in other countries besides England to promote the new album or will there be just a mini tour inside there? Do you have any plans for your fans in the rest of Europe? Or even, will you pay a visit to our country?

How do you imagine Diamond Head in five years from now? Are there any things that you want to change in the forthcoming years or things that you regret doing in the past?

I have no idea, Diamond Head may have finished by 2021! Who knows? I would like to do more live work and get this band in front of some big crowd. I hope the new album will bring in some new fans. I have regrets but nothing I can change about the past. I will just try not to repeat my mistakes.

The closing is yours! Do you have any message for the Greek fans of Diamond Head?

Hello you good people of Greece. It’s been 10 years since Diamond Head played in Greece. I had a great time, so hopefully we can get over there soon. I hope you all enjoy the new album. Copies will be available from www.diamond-head.net 11/03/16. 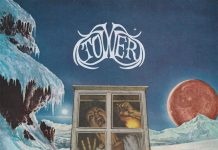