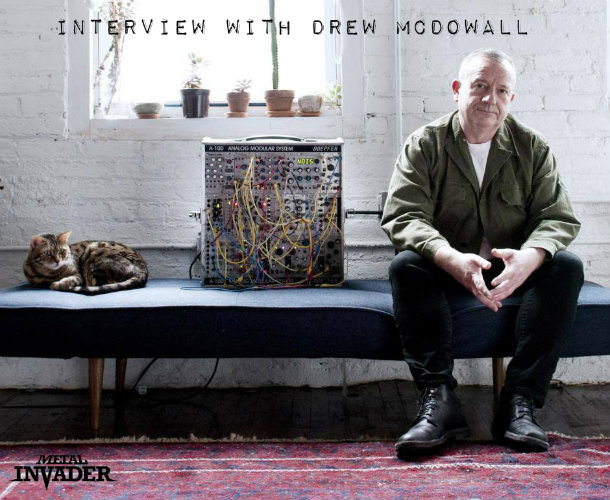 When you sit down to write an introduction about a musician like Drew McDowall you really have no idea from where to start. His contribution is so grand that words seem superfluous and meaningless. It’s not everyday that you get to see Drew McDowall perform. The lucky ones that are going to attend Fraternity Of Sound Festival are going to experience something captivating, this Scottish man is going to leave you breathless.

Hello Drew and welcome to Metal Invader. For more than 30 years you have contributed to experimental and industrial music. Where does this enlightenment come from?

I was introduced to punk rock in 1977 which very quickly became a gateway to bands like Throbbing Gristle, This Heat etc. The main thing that I took from those early days, and I hope that it stays with me, is always to question the formulas that you are being fed. Always challenge the status quo.

How do you feel after collaborating in legendary projects like Psychic TV and Coil? What did you earn and what did you lose in the aftermath?

What I took from working with both Coil and Psychic TV was that the process of creating music was an essentially sacred experience. Even if none of the trappings of ritual are there it’s important to have that inner liminal space. The friends that are gone are a loss to the universe and not just to me.

Was it a long time to release your solo project ‘’Collapse’’ in 2015 or it was just about then to happen?

You can trace the gestation of Collapse all the way back to my work with Coil but it needed to that amount of time to truly become the entity that it is.

Do you think that the freedom you have as a solo artist helps you to evolve material from past co-acts a step further?

Yes, I think it allows the work to stand on its own but at the same time is placed within a continuum.

Experimental music is evolving or repeating itself nowadays?

I’m always astonished by how experimental music is renewed and evolves and is continually inspiring.

Please name me some modern acts that have triggered your attention lately.

Puce Mary, Yves Tumor, Pan Daijing, Rabit.  The new Aaron Dilloway LP “The Gag File” is as perfect a modern experimental record that anyone could wish for.

Describe your hardware set up. What changes from studio to a live performance and what are you going to choose for the concert in Athens?

It’s pretty much the same process but reduced in size for ease of travel.  In the studio I will use modular synthesis and field recording and then sample and manipulate those sources until they are unrecognizable. So I’ll bring modular synthesis equipment and a sampler.

It’s the second time you’re performing in Greece. What are your impressions from your first gig in Athens?

I wanted to move to Athens when I played here! I fell in love with it so badly.

What do you and we should we expect from your upcoming act in F.O.S. Festival?

I will be playing some material from my last album Unnatural Channel plus a bunch of new material.

Thanks so much for your time. The epilogue is yours.

Love is the Law. 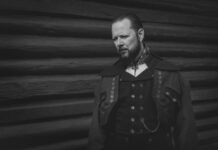 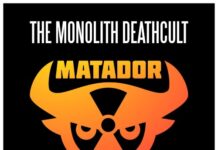 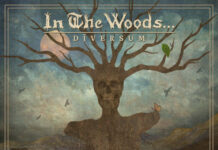