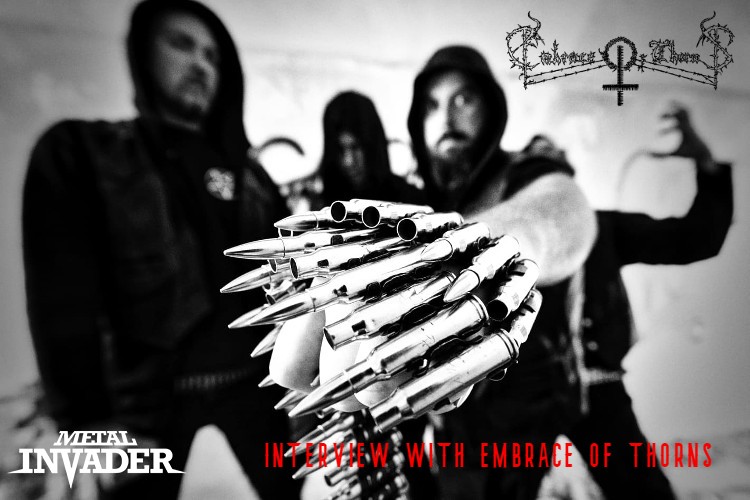 After 4 years, a pandemic, several lock-downs and a digital live album release you return with your 6th studio full length entitled “Entropy Dynamics”. How difficult was these 4 years, and what should we expect from your new release?

It was more difficult for professional musicians, touring acts ,techs, drivers etc and less for bands that don’t tour on a steady basis like us. But yeah you can say it messed us up big time. Never surrender fest got canceled, the tour with REVENGE and MISTHYRMING also got canceled and all sorts of other stupid ramifications that came with the aforementioned events ensued. I feel that this whole period acted ,  for better or for (probably) worse , as a catalyst that officially gave an end to the old ways of how a scene and music biz are supposed to operate ,it was the final nail in the coffin for the “analogue”, traditional scene and ushered the dawn of the completely digital scene. I’ve seen  more social media presence etc. It is lamentable that underground black/death metal bands are expected to act in the same ways as Billie Eilish , but these are some shit sandwiches we have to bite, don’t we?

Your musical style has been evolved from raw/minimal black metal to technical death/black. Will you continue this quest on new directions or do you feel that you have finally reached to a point on which you have suppress any new composing pattern?

I wouldn’t call us a technical band per se, but yeah the tracks seem to contain quite a bit of musical information. The fact that there are layers when it comes to the instrumentation actually makes it sound way more complex than it really is. Other than that, we don’t suppress ourselves , what’s the point really ? We play  music out of spite for the things we hate and for personal satisfaction predominantly , we don’t have any humongous fan base to retain. We have people that have been into the band since the beginning and have grown with the band ,plus some others coming in with each subsequent release. Yeah doing what we do when it comes to an evolving musical style seems the only way to do  it,at least for us.

What procedures do you normally follow when composing? Do you bring whole tracks ready to be recorded or do they come out from rehearsals?

The core of a song gets presented to the band and we take it from there. The drum arrangement always stirs up things a notch and of course there are always ideas for additional guitar parts and complimentary bass arrangements.

Lyrically speaking which subjects seem to feel more intimate to your personalities?

The thematic nucleus of the upcoming album is the inherent tendency of the human species for all things destructive , the hopelessness as a calm and collected realization and not as an unfortunate development. That is what entropy is about , the repeated cycle of destruction and rebirth/regeneration .It is bound to happen and it is a liberating realization. Nothing has really changed when it comes to the evolution of the human species in the last couple hundred years . Humans are still pretty much a mob,a herd.

Tell me some things about the cover art and the rest of the artwork.

From the first moment we saw that piece that Frater Teth created, we were convinced that it fitted the narrative of the album perfectly. It’s a surreal piece, in an insane dotting style . I believe that it stands for decaying matter, everchanging forms  and  the role that doctrines play during this very process.

You will play live in Horns Up Festival in Trikala in less than 10 days. How do you feel that a small town outside Athens can gather so many bands and so many crowd for a Heavy Metal festival?

The devotion of those behind Horns up is remarkable! We believe that Trikala, other than being a very beautiful town, is a stronghold of metal. We feel great about the festival and we hope it will be as successful as humanly possible.

What should we expect from your live appearance there?

Blackened Metal of Death the old way! No bells or whistles!

Are there any other plans for live gigs in Greece or abroad?

Planning things in such an age is a fool’s errand. Last year’s predicament has surely taught us a thing or two…

Thank you for your time. The last words are yours!

Thank you for having us! Check out our Bandcamp for merch. New Album  “Entropy Dynamics “ is dropping on 10.October ,it’ll be available on CD/LP/MC/DL , in the interim check out the most recent Ep of ours called “The Pantheon I” available on cd/7”Ep .On an ending note, let the mighty POSSESSED do the talking