Dear Halocraft, we’re welcoming you to Metal Invader! Since Street mode Festival is taking place in a few days, I took the liberty of introducing you a bit better to our readers. First things first, is everybody alright? Are you getting ready for the festival?

Good evening to you too. We are very pleased to have the opportunity to speak with you and say a few words about our work. We are all very well and everything is ready for our performance at this year’s Street Mode Festival.

How did Halocraft come about and what were your initial thoughts and goals for your future?

Halocraft were created with the original purpose of writing and playing the music they love. Our goal initially was to create something beautifulfor us and for those who would devote some of their time to listen to our work. Along the way, it seemed that many people loved and embracedour music so we started setting higher goals.

I think your music, if you could fit it in a certain term, is basically an experimental post rock effort. How would you characterize your compositions and towards whom is your music directed?

We would, as well, call it post rock, though it is addressed to a wider audience. We like to include elements of the most popular genres and already the structure of our tracksgoes far beyond the usual post rock contexts. We want to create a portal through which people who would not otherwise hear this kind ofmusic, would be able to explore it and why not, love it.

We all start from somewhere; there are many stimuli, especially for the musicians. What is your musical backgroundand how is this reflected in your music?

We draw on influences from a wide range of music but the main body of our influences comes from post rock bands like We Lost the Sea, Explosions in the sky,God is an Astronaut and many more. We are not afraid to add elements that are commonly found in all sorts of things; in general, we like to play/experiment with our sound without prejudice and taboos.

With only a few exceptions, most bands like to convey a certain message through their musicand their lyrics. Is that the deal with Halocraft, as well?

Halocraft act like story-tellers. We like to create our own worlds with our music and create stories within them. There is no politicalor social message conveyed by Halocraft. Our music is meant to cut you off from this world and take you on a journey of its own. Of course, this alonecould be described as a social statement, but we skip that.

You have already released your third album, which received positive reviews from the crowd and the press. How much have Halocraft matured reflecting on your first steps and what would you define as the essential differences over your first record? You are the only ones who can answer that!

We now believe that the first two EPs don’t still express the band. One could say that ‘Chains For The Sea’ is our first complete work. We took a 180 degreesturn and we have completely changed our style, comparing it with the past. We ended up in post rock because it was the genre that best expresses us now.Our first efforts were a great way to get the experience you need to do something beautiful and well done.

Your latest album is considered a concept one; that’s actually a bold move. What thoughts led you to this creation and what were the key ideason which your lyrics are based?

‘Chains For The Sea’ is the first piece of a story to be completed in three parts (the next two albums). The song titles, the melodies and thelyrics (where they exist) are part of the story. We don’t like to give too much information about what’s going on in this story, because we want our listeners to unite her pieces and discover it on their own in time. We believe that adding a concept to an album, that helps with the flow and the sequence of music, and makes the album a unity, not just a patchwork of random tracks.

As far as I know, the band’s based in Giannitsa. For a ‘fresh’ band, it can bepretty difficult to make it out there.Have you encountered difficulties while paving your own path, and if so, what steps did you taketo overcome them?

The main problem that most underground bands face is to get the initial impetus that will help them build an audience.We were able to overcome this obstacle via the Internet. From the first moment it seemed that the post rock world – and not only – was interested in our workand gave us the push we needed to build something more powerful.

I have noticed that in recent years, especially in your field, the Greek crowd seems more active and even more ‘trained’. What I mean is that, more and more people support the scene, show up in shows, purchase albums and merch, and so forth. Do you share this picture? Have you noticed something similar, especially now that your live shows are getting more and more popular?

Yes, and we believe this is mainly due to the country ‘s excellent post rock scene. Another key reason is that nowadays if someone is genuinely interested in music as an art, has to search a lot, since the genres promoted in the media are not suitable for music fans. The only sure thing is that with each new release, the domestic scene is getting constantly higher, which is good for us all.

What are the next steps for Halocraft? What are your plans?

After our appearance in Street Mode, we’ll hit the European roads. Dates, countries and venues will be announced soon! When we return, we will get back in the studio to work on the second part of our story.

What to expect from Halocraft at Streetmode? What have you prepared for us?

We have prepared a beautiful musical show for you. We will be presenting ‘Chains ForThe Sea’ in its entirety and we intend to open the gig with menace as the bands that follow are two of our favorite Greek ones.

Thank you for your time and your answers, hope to catch up with you during the fest! Do you want to send a message to our readers?

We expect you all at this year’s Street Mode Festival to meet you, to offer you our music and all we want to say though it. 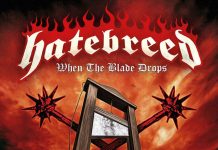 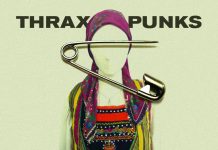 Interview with Bent by Sorrow