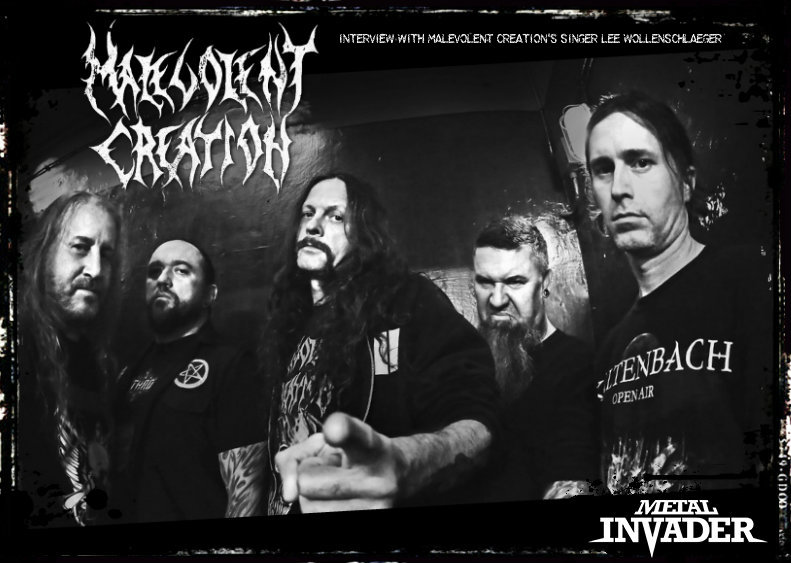 Hello, Lee! Recently, as you may expect I would like to hear some words about Brett Hoffmann’s death, your feelings, probably a goodbye or a salute to a great throat of death metal (that you replaced).

Hey there. Thanks for the time. The loss of Bret was an absolute terrible loss not to just his friends and family, but to the whole death metal scene. He is a legend. No-one has ever had such a unique sound in his vocals. I wish I had the opportunity to meet him. He was supposed to do some backing vocals on our last album, but he didn’t make it and passed away before we started the recording process. I have heard so many great stories and he sounded like the greatest guy ever. Im very saddened that I never got to spend time with him.

Malevolent Creation released the long awaited 13th album, following the highly acclaimed “Dead Man’s Path”. So far, what kind of reviews did you receive? Is the public perception of the album any different from your own?

It’s been 3 years since your previous album. If you would be asked to compare these 2 albums, what would be the main difference?

I think the intensity is as high as it could ever get. The album is brutally intense from start to finish. Before we even started writing music for the new album, Phil (Fasciana) said that this album has to be the heaviest and most relentless album in the whole Malevolent discography. I think we made his statement very true

As your previous effort was a great album how difficult not only to be compared with the legendary past as with the most recent one?

We went into this album with fresh ears and we knew what we wanted to achieve. The outcome surpassed all of our expectations. Will we approach the next album differently? Most probably. There is no point in repeating anything.

Do you feel that the pressure is an extra motive for you?

It depends on the situation. For this album we had a long time to write the songs. There was no time pressure. There was definitely pressure from the fans to hear the line-up. A lot of people were on the fence as to how we would sound as a unit. So many people have said so many great things of this album. Even the naysayers have come around.

Tell us more about the writing procedure.

We all live in different cities. I live in South Africa, so we didn’t have the luxury of going into a rehearsal spot and writing music. We did this whole album’s demos via file sharing, which Phil has never done with Malevolent Creation. For the next album we will most definitely be taking at least a month of jamming in a band room to write the 14th album.

Which are the highlights from the 13th Beast and why?

Definitely The Beast Awakened and Release the Soul. Both of those tracks have different vibes and if you had to hear just those 2 tracks, you will know how the album will sound. Both tracks are intense in different ways.

You’ve worked once again as a band with Dan Swano. How important was his role to the “The 13th Beast”?

Dan is amazing! He surpassed all of our expectations with the final mix. What else can I say? He is a genius!

In the very few next days you will release on vinyl format “The Will To Kill” via Repulsive Echo. Tell us more about it.

That was handled through Phil Fasciana. I don’t know much of the release except for the fact that “The Will to Kill” is of my favorite Malevolent Creation albums. Im glad it has a re-issue as it is such a fantastic record.

Are you a vinyl collector? Which are your 5 favorite albums?

Unfortunately living in South Africa, vinyl is very hard to find. Most band CD’s and merch are hard to find in this country. I have a solid CD collection but not many vinyl unfortunately.

Do you follow the current death metal scene? Is there any new band that intrigued you?

Most definitely! I try to keep up to date as much as I can. The best album I have heard from a relatively new band is a band Called Nex from Poland. They blew me away.

Any plans for touring in Europe in 2019? Any thoughts about Greece?

We are busy setting up a whole bunch of tours and festival dates. We had a European tour for September set up, but it fell apart. We will hopefully be in Europe before the end of the year. We want to get there as soon as possible. I have always wanted to visit Greece so it will be excellent playing a few shows in your country

Is there a certain type of audience that makes you feel more comfortable, or do you just want to show to everyone what the Malevolent Creation lineup is all about?

We have a lot to prove as a new line-up. So whether it be in front of 300 people or 20 000 people, we are going to deliver the goods. We are all seasoned musicians so we are all comfortable playing any size venue or festival.

That’s it, thank you for the interview. Would you like to add anything in the end?

I hope everyone is enjoying the new album as much as we do. See you on the road!!! 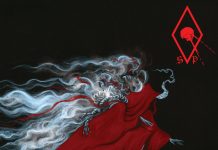