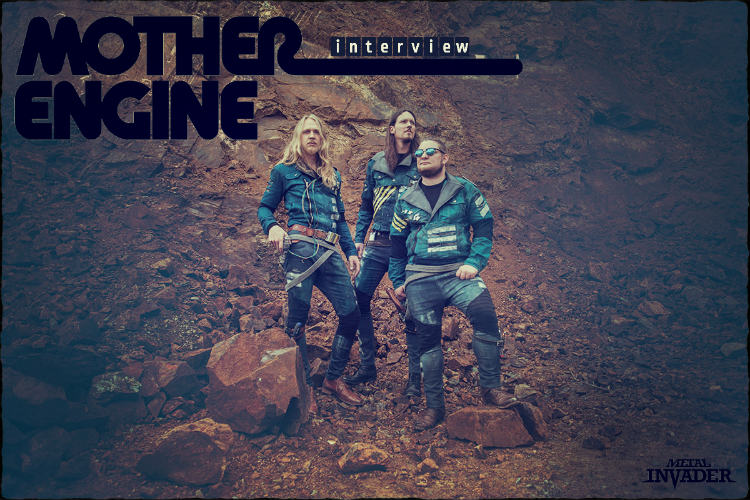 Hello, I welcome you to Metal Invader! So let’s begin. A very good friend of mine, a crazy music fan and collector described your new album ‘Hangar’ as one of this year’s best albums. How do you feel about this statement?

Hey Petros, first of all: Wow, what a starter question… 😀 Of course we appreciate opinions like that a lot. I guess it is a very special album, since its lenght and composing structure, for sure. So maybe that plays a role in the decision process, but we don’t know what is „the best“ in a world full of different tastes and styles in music. At least we consider it our best Album of the three.

Talk to us about the writing and recording process for this album.

It was made in a very ornate and passionate process, that took a lot of time and a lot of energy, but represents the sound and the intention really well. Since our band got a lot of reactions to the last two albums, that differed from „really good and clean sound“, to „good, but live much better energy“, we decided to take care of recordings ourself. The offer to record in a lovely place in the woods of our home region ( Vogtland), with our good friend and experienced sound technician Marco Naumann ( Colour Haze, My Sleeping Karma, Dunajam, Up in Smoke,…) came nearly at the same time as we decided to record the new material finally for the 3rd album, so it felt like some kind of fortune to fullfill… I remember Christian saying: “Man, if we won’t take that opportunity, we should be struck by lighting while taking a dump”… So we started to get to know that room, which used to be an old small embroidery fabric in the past – buildings that were quite typical in our region. It was a big space of about 60 – 80 m² with brick walls, surrounded by old wooden crossed windows all around the building, wooden ceiling and free swinging wooden parquet floor. It sounded surprisingly dry, when we started our first session inside. Bass was light and cymbals clear, mids fat and there seemed to be a lot of potential for playing loud as fuck, without getting into muddy zone. That and the self resonance of the room was what we tried to capture on that album. Microphones were mostly borrowed by Stefan Koglek (Thank you very much!), to capture that live sound as natural and real as possible. The songs are all played live and together, standing in that room and being highly connected to each other, as we are on stage (except of overdubs of course).

You are considerably a new band and you are on your third album. Do you feel satisfied from your course and evolution so far?

Yes! We’re trying or best since over 5 years now and this is the first record to be fully thought through. We used a lot jamming parts in the past, that were cool live but not functional on the records. Always trying to play the best show, that we can do, no matter of big festival stage nor kitchen corner. Of course we long and wish for more fame and being know more over, but we know that you can reach that if you work hard for it. We don’t want to be a good promoted pop band, that has no influence on who they are anymore. We want to stay who we are and to write music how we want it. So we’ll still play our asses off the next 10 years, probably…

Your first two albums were self-released while your new one is under the Italian label Heavy Psych Sounds. Was this your by choice? And what are the pros and cons of such a choice?

We’ve had license deals for all our Vinyls over the times. So we are a bit experienced with different deals, pros and cons of such a decision. Gabriele used to be a well known guy in the scene, and since we spoke to some other bands on the Label, we knew, he’s a honest, fair and efficient partner to spread the music over this planet.

Are you satisfied by this collaboration with your current label?

Yes. But it’s still fresh and we still have to find out about how this collaboration is going to work. But we have a very good feeling.

Your music is influenced from post-rock as well as heavy/rock, krautrock and psychedelia. Which are the band’s that you feel that if they didn’t exist, Mother Engine wouldn’t exist?

Definitely Led Zeppelin… One of the most influental bands for us to do music generally. If you wanna talk about „Hangar“, it is a big evolution from 60s and 70s progressive or psych bands like Yes and Led Zep, over kraut bands like Can, Neu!, Amon Dül, up to more modern bands like Colour Haze, Rotor, Dozer and Motorpsycho.

Space and sci-fi dominate your band’s aesthetic in general. What is it in these topics that fascinates you?

It actually was the idea of a friend in our hometown. We always had the theme for muscle cars or oldschool cars in our heads. But he told us that the new music we’re doing (Since we’re instrumental) sounded like space. But of course we’re big fans of oldschool movies in general. So Sci fi trash is the perfect fit between our passion for music and movies, without taking yourself too serious.

Can you refer to your favorite movies and sci-fi books that have influenced your sound and sound?

Darkstar, 2001 Odyssey in Space, Alien, Star Wars… No books… We like the sound of, for example Giorgi Ligetti, who created sounds that take your breath like the emptiness of space does. But there ain’t that much relation in music.

You are playing admittedly in a very succesfull way, a clean orchestral music. Have you ever considered the prospect of adding vocals to your music or is this something that you would never do?

We had that in the past. And will use it in the future for our album production. But we like the challenge of instrumental music. I can’t guarantee to have vocals one day nor avoid them for ever, but for us there is not that big difference in having or not having vocals. It’s still our music in the end…

The 10’s in the underground scene is characterized musically and also aesthetically speaking from a 70’s sound revival. This phenomenon is clear in prog rock, psych rock, at space rock, heavy rock etc. Why is that?

Don’t know… We’re no music scientists… I guess it is a matter of a turn in the history of popular music… The radios just play shit from the biggest major labels like Universal, or Sony or whatever and there seems to be no popular rock music anymore that is sell able in a major manner. So the music evolves into different certain directions and the scenes split into different small circles. I don’t think that it is a big revival. Since the scene is still very small. But it’s cool. It feels like we’re back in a time where unlimited masses of bands get in their vans and tour all over the planet. DIY or not, the spirit feels good. The fans are great people of the same attitude to live in general.

Where do you think that Mother Engine differentiate and have an advantage in order to survive and continue to produce good music as a part of this scene?

No idea… We’re not trying to produce music, that saturates the scene… More over we try to get into other scenes as well… Our aim is to satisfy people and ourselves, no matter what kind of music they prefer… So maybe that keeps our songwriting interesting over the time: No limitations in what you wanna do… just our skills that need to evolve… But still I don’t know.

This is your first time in Greece. Share your feelings with us. Do you know anything about the Greek fans?

No. Nothing. We love the country and the land-/ seaside as well as the food. But we have no clue about rock music in Greece. We love adventures, so not to know what to expect is always the best!

The Greek scene is considered quite strong in this genre. Are you familiar with any Greek bands?

Yes. We’ve seen Tuber, Planet of Zeus and 1000 Mods live… really cool stuff, but we get to see so much bands, that it’s not a matter of where they are coming from. I don’t hear a difference in the music compared to other bands of the genre to be honest. I’d love to see Naxatras live, since I consider them as the most interesting band from Greece for me personally. (No offence 🙂 )

Talk to us about your future plans with Mother Engine.

Touring and writing songs as much as possible! We all took one year off from work to follow or passion in music. So time runs and we want to use it as much and effective as possible.

I thank you for this interview! The epilogue is yours. What do you think that that the fans should expect from your performance in Athens. Leave a message to the fans.

They should get ready for the most awesome live performance they’ll ever see in their entire live !!! 😀 (just kidding). We’ll try to put out the best performance we can do. As allways! No matter of venue size or mass of crowd, we’re ready to play and ready to show all we’ve got. No compromises, no holding back, get ready for your personal space journey people, of Athens! (And get super wasted with you afterwards 😀 ) 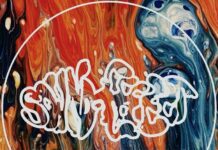