“Wrath” dropped like a bomb a while ago and blew us away. The Greek underground is alive and kicking and Metal Invader has its antennas (and ears) always set on it. Our questions needed to be answered. What is Natvre’s story, what are band member’s plans and ambitions? Find everything out in the following, revealing interview!

Hello there guys! How are things going in beautiful Thessaloniki?

Hello Giorgos. All is ok; everything still flows nicely up here in the North.

Let’s start with a small retrospection in Natvre’s story, as you are a new and rather unknown band…

Natvre’s’ formation was the natural outcome of a many year long friendship, both on a personal and musical level. Natvre’s’ first rehearsal was performed in 2014, with a very specific purpose and vision.

Is this the first band and release for all the members of Natvre’s or have you participated in other bands earlier?

In our 15 years in the scene, we have played together before, as well as with other musicians in various bands, counting 7 releases altogether that had nothing to do with Natvre’s music. To be more specific, the current line-up is the one that created “Smash Down & Resist” by Insane Court in 2004, so the chemistry was there for sure. For some personal reasons, the line-up broke up for a few years and we met by chance back in 2014 destined to create the music that expressed all of us.

Does the use of “v” instead “u” on your name hide some particular symbolism? We have witnessed that in other bands as well, like Behemoth, Lvcifyre…

We use it for two reasons. The first one is that in Latin language, while it was pronounced as “u”, it was written as “v”. The second has to do with our personal aesthetic and the cvlt of it all, since it’s something often used in the genre.

Do you plan of continuing the use of wordplays, just like “Nature’s Wrath”? Your name admittedly gives you that possibility. Is there a story behind the choice of your name?

The band’s name involves more with feelings and less with stories or symbolisms. It does not have to do exclusively with the earthly material (flora and fauna), but it expands to the violent and destructive contradictions that nature itself encapsulates, as well as the human existence. On the other hand, we also like the sound-aesthetic of it. Such wordplays might show up in the future, as our name helps.

Let’s continue with your record, “Wrath”… Where was it recorded? Do you feel that the band’s aspirations have been served by its sound?

The album was basically recorded in three different places. The guitars were captured at StelthSound Studios, the drums at Massroom Studios and the vocals at Hinterland. Hinterland is for us an underground place by the sea where we rehearse and create. Having already crafted our sound through rehearsals, in July 2015 we worked with our friend and sound engineer Stelios «Stelth» Koslidis and began recording. So, the sound was exactly as we wanted it to be, in complete alignment with the sentiment produced in Hinterland and Stelios’ apprehension was essentially helpful. The first reviews are, justifiably in my opinion, overwhelming. Were you expecting that? After the indisputable joy that such a reward for your work brings, do things become more stressful for you, as the demands grow bigger?

It’s true that the critics are pretty good. We played for the first time exactly the music that we enjoy, knowing that the outcome would be good and, although we are fans and keen with the underground scene, we never expected such an acknowledgement.  That does not mean that we’ll become arrogant. The road ahead is long and endless. We are, generally, not stressed at all, as we are self conscious and prepared for everything. We have new stuff in the same vain with the previous and our goal is to record again within 2016.

How did the cooperation with Clean Head come to life? If I’m not mistaken, you had released the record by yourselves originally and in a short while it was released in cd format by Clean Head…

We didn’t actually release anything, we just uploaded the album on bandcamp and it leaked within a few days for downloading. No complaints about that. The sole official release was on January 26 by Clean Head. The guys there are friends, active members of the scene (Head Cleaner) and they offered to help us.

Who is the artist responsible for the cover? Does it work like a mirror, reflecting the band’s philosophy?

The cover was crafted by Maxime Taccardi. A person we now consider to be a friend of the band, who eludes by far the standards of graphic design and creates with artistic spirit, inspired by the music and literally giving his own blood for his work. On the cover we have captured exactly what we aimed for, feelings of distress, despair and frustration. All those were engraved on one sole word: «Wrath». Besides all, the cover itself attributed to that title name.

Without having read the lyrics, I guess they evolve mainly around environmental and apocalyptic themes, without the “traditional” in black metal pagan characteristics…

We wouldn’t call the lyrics environmental. On the contrary, the references to nature itself are limited and mainly concentrated on elements that cause a universal conceit and the annihilation of the human race. Through the lyrics we also describe mysterious beings that provoke the conclusion of the lyrical themes, but are not manifested in a certain manner.

Apart from the beautiful “Hinterland” you have not incorporated any atmospheric elements in the rest of the record. Is this a choice that Natvre’s will follow in the future as well?

“Hinterland” is a song that contains ambient ingredients, however it is an integral part of the album and it fits perfectly with the overall feeling. Besides that, it bears the name of the place that inspires us. We incorporated that song in order to give to the album a different color and a breath of air. There will certainly be more songs like this in the future and perhaps they will be structured in a fashion that will allow them to be performed at live shows.

Will the album be re-released? Why did you originally print only 100 pieces? Were you unaware of the dynamics of the album, was that a policy by Clean Head or did you choose to play it safe, as a new band that you are?

The reason that the copies were limited was that we decided to move in a reserved manner at the beginning, focusing our mindset on the promotional part mostly. The re-release of the album is on our top priorities, as the demand is persistent. As we speak there are talks with many labels in order to release “Wrath” again and we are trying to point out the best deal for us.

Thessaloniki is not known for its pure black metal bands. Seems to me that your band will be distinctive… Is that a good or a bad thing for Natvre’s?

We know bands that play brilliant black metal in Thessaloniki, still the dynamics of the genre is nowhere near as big as in Athens. However, we think that the black metal scene must be viewed as a whole in Greece. So, if we differentiate from other bands, it’s because, as many non-Greek fans have mentioned to us, our sound does not follow the standards of the Greek metal scene, but we have a different formula. We can’t find a reason why this is not good for the band.

Which would you consider you biggest influences, both from black metal scenes and specifically from bands?

We never listened to one specific kind of music and only one scene. Metal, on its broader concept from alpha to omega, through its evolution in different eras, is of course our passion. To us there is no dividing line, for instance, between good surf rock, punk and grindcore. There is a subconscious bond between so many and sometimes completely dissimilar artists, which thrills and inspires us. When it comes to black metal, we must say that the original idea of artistic, anti-creative revolution at the stagnant, at that time, waters of the underground was sadly misinterpreted and due to “overpopulation” and mediocrity almost died prematurely. It became formulaic “technically” (sound, riffing, song structure), as well as in terms of image and lyrical concept. We built Natvre’s structure on that original concept of black metal. Our foundations are indeed built with material like Burzum, Darkthrone and Mayhem, but we are also inspired by the last 15 years’ obscure underground with bands such as Cursed, The Secret, Grime, Mgla, Cornigr, The Body, Antimob, Portal, DHG, Menace Ruine, Mortuus, Leviathan and many more. On May 6th you will be playing live in Thessaloniki. Is this your first live show? Will more shows follow as a part of the promotion of “Wrath”?

Yes, this is the our first live act; basically for us it’s the record’s presentation in a friendly environment with our friends, Head Cleaner, and also together with World Downfall from Germany and Blessed By Perversion from Athens. All those bands play different music, but the essence is that the vibe will be friendly and everyone is welcome. We do not have any other plans for live shows at the time, however, we are talking with some labels for a booking deal as a part of promoting “Wrath”.

What are Natvre’s’ plans for the future? Do you have certain goals and aspirations set to accomplish or do you take things as they come?

Our goals are very specific. We started Natvre’s with those goals and we those goals are still valid. We believe in the strength of our music, we are playing the stuff we love and we are determined not to give up no matter what the future holds for us. After 15 years of playing music we are more self conscious and mature than ever. We are aiming to deliver many records and we hope that at some point they will reach even the most distant black metal fan.

Thank you for this interview! Close it interview as you wish!

We’d like to thank Metal Invader and you personally for giving us the opportunity to give some information about the band, as well as for all the support. We are really glad that you have welcomed “Wrath” so warmly and we hope that we meet sometime soon at a live show. 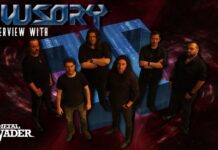 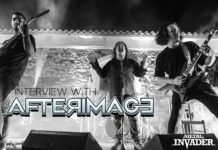