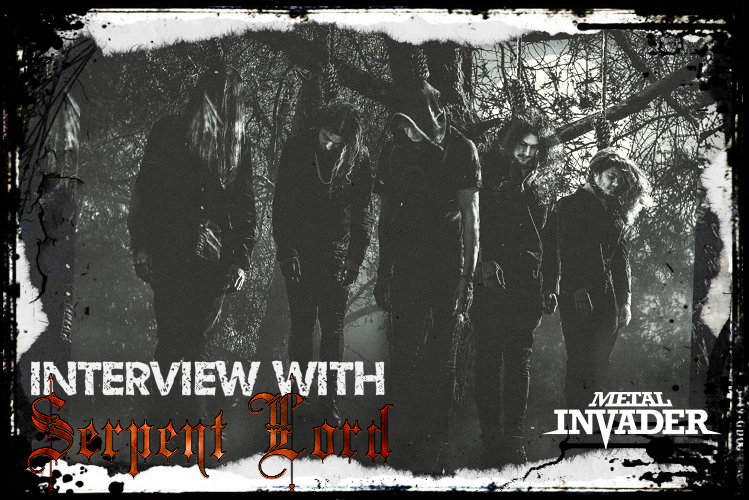 Within those two years we haven’t spoken, a lot has changed for Serpent Lord. New members, an album, tours. But we’ll get to them one by one. But first, how are you?

We are very well. Very excited about our new work and we look forward to playing our new track in front of the Greek audience on our upcoming tour.

So “Towards the Damned” it is. It has been a year already. What has been the feedback so far?

There was a very warm welcome for Serpent Lord with “Towards The Damned”. The reviews were a lot and at the same time, they were good. We got very high ratings, we got the album of the month in Greek Metal Hammer, as well as at magazines like Rock Hard Greece, Metal.de, Powerplay Magazine, Ultraje and Firewords, who immediately embraced us. There was even a tribute to a Mexican newspaper. Of course, all this will mean nothing unless we continue to work harder, every day, and invest in it constantly. It’s still the beginning, the road is long and difficult, so while we rejoice at the awesome feedback we’ve received from audiences and magazines, we are committed to our goal.

The Serpent Lord live shows have been greatly upgraded, with rich visual material. Do you consider the “intense” concert performances to be a decisive factor, even if they are not necessarily intertwined with the music at some points?

I think you can do things with mediocre music and perfect stage presence. There are several examples of bands that, with their budget, managed to make a name for themselves with their explosive and impressive performances, even though their music may not be anything special. This is not necessarily bad. On the other hand, this is not our purpose. Yes we do not have the same budget, but we still give more weight to music and then think about our stage presence. Now, if we do, we are not the ones to judge.

You recently went on a European tour with Necronomicon. Tell us about the whole experience. How was the audience outside the country? Is it compare to ours on some level?

I think it was one of the best things we’ve had as a band. In addition to having a great bond with Necronomicon, especially with their bassist and drummer, we made new friends overseas, met many people, people who didn’t know us but came to see us, people who waited for us at the venue to sign on posters and take photos with them. Overall, it was a great first experience for us. Now, the public is quite different, but it also varies from country to country. And of course from band to band. I think, however, that our best time was in Poland, which we loved and we definitely want to visit again!

Which song stands out most from “Towards The Damned” and why?

Each piece carries its own story. During the composition, friction makes you tie each piece in a separate way on a separate level. The music and the lyrics have an energy that inspires you for what you are doing at the moment, but also for what’s about to follow. If I had to pick one track that stands out from the others, it would be Seed of Divine, as the most mature track and as an warm-up for the upcoming ones.

Since you have already made several appearances in Greece and in Thessaloniki in particular, do you think that a repetitive setlist can tire someone, even if they like the band to the full?

It is certainly very easy to fall into the trap of repetition. We try to make each live performanc something different. Even if the setlist is the same. Which makes sense, considering the fact that we’re currently having only one album. However, our appearance has been changing. We always try a different setlist, we add stage sets. Each show is better than the previous one. That’s how we want it to always be. We put a lot of emphasis on the stage and that is not what makes the audience bored. The constant change. Not excessive but enough to differentiate each of our shows. As for the repetitive setlist there will be some very interesting “solutions”. Apocrypha is near.

Is there anything getting ready behind the curtains right now?

In addition to the new “Horned God” video clip released, we are releasing the single in physical format. For now, all I can say is that what we have prepared will be released on December 13th. You will find out soon what this is!

Blaze Bayley is coming in Greece. Are you ready to be damned by the Greek province? What are your expectations?

We are ready for all the challenges, it is our great honor and pleasure to share the stage with such a great and beloved artist. Having visited the countryside before, (both headline and support), we have seen that there are a lot of people thirsting for music and we believe they will connect with us immediately.

Why should someone come to watch a Serpent Lord show?

Because our music, along with the show we present, will take you on dark paths. Serpent Lord is not just a band, it is a path to meet and greet the mystical parts of your soul.

After the tour, what’s next for you?

We have several plans for the immediate future. We want to focus mainly on new material for our next album. There are so many ideas and we want to focus on them. Currently, however, we cannot disclose any further details. We are focusing on our upcoming tour and step by step we will reach our future plans. 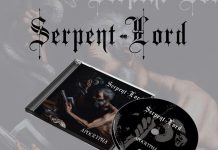 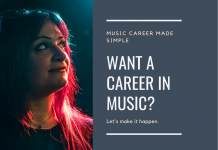 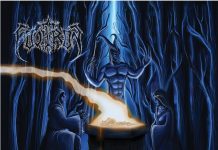