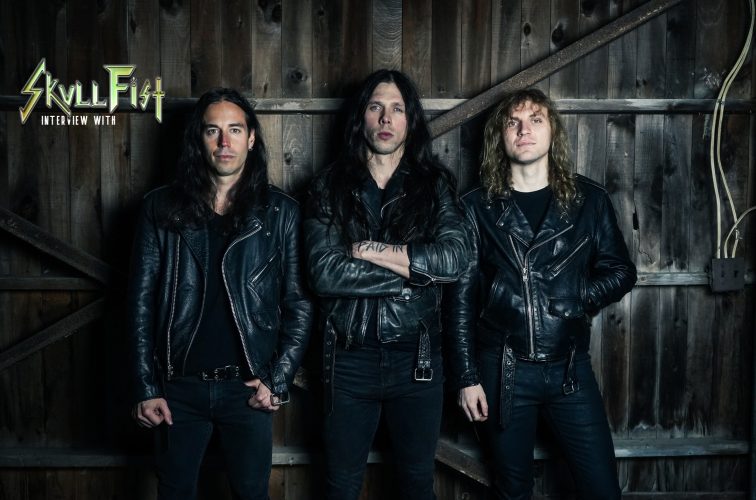 Hello Zach, I hope things are going well for you and the band.

Hey there! Good to see you Penny. Thinks are just fine. Peace of mind here, some skateboarding later you know…

Your new album, Paid in Full, is out, any thoughts?

Well, it’s out, we’ll see how it goes, many hours in front of the PC, lots of prep for sending boxes. Can get tiring, I guess.

This time you released also a Track-by-Track Album trailer, tell us a bit more about that experiment; Who had the idea; And what were you anticipating by going for it?

I didn’t even realize what I was doing, the label asked me If I could make this video by answering these specific questions. Was a bit awkward and weird I guess after all. Sitting in my basement I didn’t know was that for… close enough to answer yeah maybe I stole a Megadeth song somewhere somehow hahaha.

What about the thematology of the lyrics in your new album? There is certainly a different approach from your previous work…

I wouldn’t say it differs very much, it’s the same shit hahaha… some riffs, some high notes, some guitar solos. Seriously now I think this album is less depressing. Nowadays I’m grumpier you know, like an old man, that’s how it differs haha. This record is heavier, even more aggressive, a bit angrier let’s say.

How you dealt with Covid- and no “Way of the Road” tours and gigs period?

Well, I wrote all songs before Covid, no excuse, I’ve always been a jerk you know haha. With Way of the Road we toured, Mexico and Europe, but we didn’t manage to come to come to Greece because it’s far. I wish we could. I always recall Up the Hammers times. Well, it was the worst drinking experience I’ve ever had. There is something unique about you Greeks, no kidding.

Well, I’ve given many things to people that took advantage of it. So, my theory now is just don’t give a damn. I’ve paid my debt; I’ve done my time in emotional prison and I’m not going back to jail. That’s my way of saying that.

What about writing procedure this time? Did you follow same path as always?

It’s the same formula every time, I paint the pentagram on the floor and then I lie down some candles and I write strictly between 1.30 and 1.38 am hahahaha. Seriously now I don’t have social life at all so I just hung out with myself and just make music all the time. I follow a more peaceful way of life, no stress, it’s just me, my dog, music and video games.

How would you describe speed/heavy metal scene nowadays?

I honestly don’t follow the scene. I mean I have to go out like for years, as I’ve told you I’ve moved into the forest three years ago. I remember in 2012 right after Head of the pack there was us, Cauldron, Enforcer and White Wizzard. White Wizzard at the time was the prime band I could say. There was lots of publicity at the time for all of us, all the magazines were covering our work and we were on the frontline. The feedback we were getting was look man old school heavy metal is back! Wow. Within a year though things changed and all out of the sudden the next big thing was this 70’s cult/revival rock, while at the Ghost was getting popular as well. And that was it nobody cared for heavy metal bands like as anymore. There was Devil’s Blood for example. I don’t say of course that those are not great bands. Getting back to you, I honestly don’t care anymore about the heavy metal scene. I just watched this movie on Netflix- Metal Lords- and I recalled my childhood, it deals with the same thing as when Blink 182 came out at the time, punk music turned cheesy and soft you know. I’m wondering if that’s what’s happening to heavy metal. It’s important to be very careful what you ‘re a part of. Nowadays everything is going so fast and you get addicted to attention, shows, internet etc, and I don’t think that’s any good!

Are there any gigs planed? Are there any plans for live performances or everything is once again postponed or on hold?

There are some gigs planned within May. I didn’t want to tour though. The amount of money to be spent is ridiculously high. The band is already in a bad state economically speaking. We going for something full time though and we ‘ll see. I just don’t want to cancel any gig cause the situation is still messed up.

Any last thoughts? Or special thanks?

I owe an apology for puking on the floor of a bar in Athens, I think it was called Ragnarok haha. Sorry about that! And lots of greetings to all my friends in Greece. 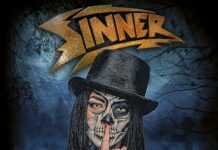 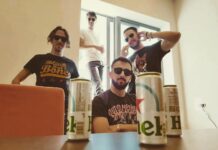 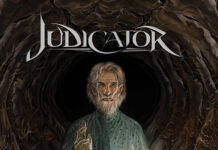