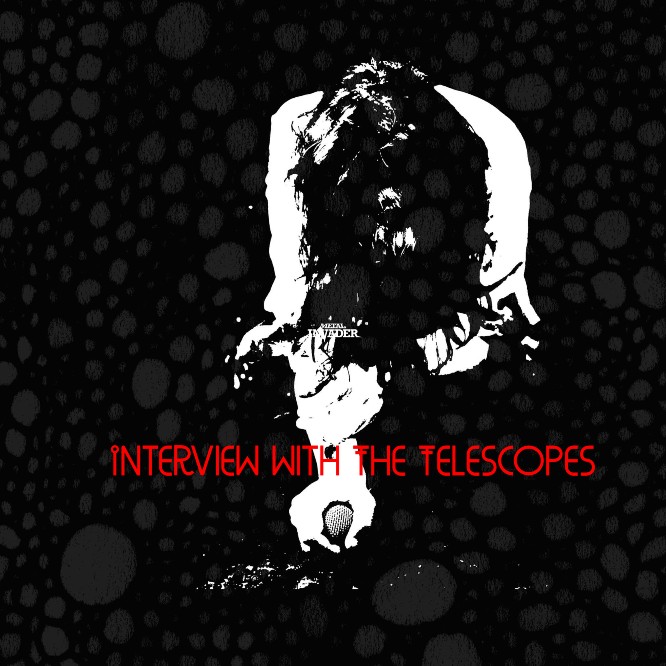 For the enthusiasts of noise, space rock, dream pop and psychedelic, The Telescopes are certainly one of the bands that are fond of. The Telescopes, formed in 1987 by Stephen Lawrie, drew influence from artists such as Suicide, The Velvet Underground and The 13th Floor Elevators and have a total of eleven released albums including their debut, Taste, released in 1989. As a matter of fact, their upcoming European and mini Greek tour, will be focusing on that, so I took the chance and exchanged a few words with the band.

Hello and welcome to Metal Invader! Such a pleasure to have you with us! Is everybody alright? Are you getting ready for your upcoming European tour?

Hello Metal Invader! Thank you for your kind welcome, we are very much looking forward to the tour, we love playing live and this will be our first time in a few of the countries.

The Telescopes is a band that’s been around for more than three decades. Diving into the past, what was the impulse that urged you to form such a band and what were your influences back then?

For me it has always been a compulsion but back then it felt more like revolution. Society loves music and art but it doesn’t take musicians and artists seriously until they are established in some way, it’s almost impossible to survive for many. I was very much influenced by the whole idea of underground music as a resistance to society’s expectations of how life should be lived. I think counter culture is essential in asking questions and forming new pathways of existence.

Did you ever anticipate the fact that you’d be powerful and still touring the world in 2020?

No not at all.  I paused The Telescopes in the 90s for about 8 years because I thought it was becoming part of the machine I was rebelling against.  I was so disillusioned I never thought I’d ever go back to it.

You keep producing albums to this day, so, considering a lifetime in the music industry, is it the crowd’s affection, the passion for music or anything else that keeps you going strong?

I’m a writer, it’s a compulsion, I have no choice. If I was doing it for the crowd’s affection I would have found a formula that worked for them en masse and kept within those parameters but that’s not how things have transpired.  As with life, art must remain in flux for me. There is no shore.

What’s the most striking difference and the most interesting similarity between now and then as far as music industry is concerned?

Back then life was more analogue, now everything has become digitized.  That said, I think the underground music resistance is as strong as it ever was if not stronger.  A lot of barriers have come down over the past few decades. It’s such a shame people want those barriers putting back in place.

If you could go back in time, is there anything you’d like to change or do differently?

Then it would be a completely different person talking to you.  We are forged by our mistakes and failures as much as we are shaped by our successes.

What’s the next step for The Telescopes? What do you have in mind?

We will continue to move forward.

As per your European tour announcement, you / we will be celebrating the 30th Anniversary of your debut “Taste”, which has been listed as one of the best shoegaze albums of all time. When writings the album, did you get that vibe? Did you feel it would touch so warmly people’s hearts?

I put everything I had into that album, same with every album I have made. It’s always been a case of love it or hate it here is where we are at 100%.

When in Greece, will you set be focused just on “Taste” or will we have the chance to indulge on your entire discography?

We will play some songs from Taste but it will be quite a balanced set. Plenty of opportunity to indulge.

Any thoughts about the special guests in your mini Greek tour, Alien Mustangs and Holy Monitor? Have you listened to their works?

I’ve heard a little bit of each of them, they seem like good psychedelic bands, it should make for a great evening out for people coming along to the shows. I’m certainly looking forward to hearing more.

Alright, thanks for taking the time to answer everything. Waiting for you at Thessaloniki! Would you like to send a message to your fans here in Greece?

My pleasure.  We look forward to bringing the noise.  The Telescopes are an all embracing concern, in every sense.  We invite all to step beyond the realm of natural vision with us. 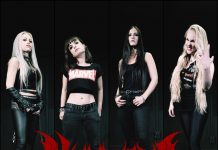 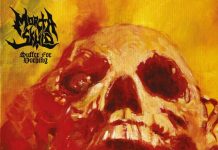 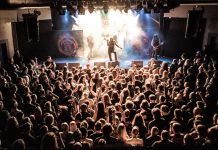