Mythra’s latest album’s title reminds me that N.W.O.B.H.M.’s flame still burns. A flame that doesn’t quench no matter what although it almost reached 40 years that lives in the hearts of the fans of the beloved band everywhere. But let’s hear what Vince High has to say, the singer of the legendary group…

As it is your first interview on Metal Invader please introduce yourselves to our audience. To be honest I know most of them definitely know your name but your absence for so many years probably demands a small bio especially for the younger audience. Probably it is a sign of our times…

Hi, we are MYTHRA from England, one of the originators of the NWOBHM.  We recorded our first EP back in 1979 titled ‘Death And Destiny’.  It is regarded as being one of the classic recordings of the genre and that era by fans.  It’s so great to be doing this interview for you guys in Greece 🙂

Are you readers of Nietzsche books? I’m asking because your first name as a band was Zarathustra. Not so common name for a metal band especially in your time. But I can see why you’ve changed it though…Are on Zoroastrian stuff or did you picked Mythra because it just sounded cool?

We weren’t great readers of philosophy back then as we were just kids looking for a good name for our band…something different from the norm.  The band was formed in 1976 under the name Zarathustra but was changed to Mythra very quickly when we expanded to a 5 piece as it is shorter and yes, it sounds more cool.

You re-issued ‘Death and Destiny’ in 1998. Why did you lost the opportunity back then to record a new album?

That album was released in 1998 without the band’s knowledge or approval.  They didn’t even get all the song titles right haha.  We were not even active as a band at that time, having originally split in 1983.  Interest in the band has remained high since the emergence of the NWOBHM in 1979 and I guess that’s why the album was released…there was a market that existed of fans who wanted to own Mythra music.

Is it true the number 20,000 for the copies that have been sold on the legendary EP?

The EP spent 12 weeks on the Independent Record Charts in the U.K. In 1980…peaking at number 2.  We do not know ourselves how many were sold as we were not involved in that side of the business.  We were just kids who loved Metal and wanted to write and record our own music, which we did 🙂 Was the release of “Warriors of Time: The Anthology” compilation the main reason for your return? How important was Bart Gabriel behind this revival?

Bart has been amazing for Mythra.  He is a massive Metal fan as well as CEO of Skol Records and Gabriel Management EU.  We originally reunited for one gig at BROFEST UK in early 2015 but the reaction was incredible and offers for live work and recordings started coming in.  Bart approached us with the idea of putting out the Anthology album plus some brand new bonus tracks.  We really liked his passion and his integrity which was so important to us as a band given our experience of the business first time around.  He is like the sixth member of the band to us.  We love that guy. He remastered the Anthology album, brokered a recording deal for the new album with High Roller Records, and has produced our new album ‘Still Burning’ which sounds amazing!  We really cannot thank Bart, and also Steffan at High Roller enough for all they have done for us.

Tell me more about the new album ‘Still Burning’. Besides ‘Fundamental Extreme’that is written in early 00’s are all songs written after the reunion or are there any old tracks too?

All of the other 10 tracks on the album were written directly prior to recording in Poland last October with the exception of the track you mention, and also ‘Dreaming The Dream’ which is a bonus track on the CD version of the new album.  Both of these tracks were reworked from original demos recorded by John and I back in 2002.

How did you felt trying to compose a full length after all these years?

We felt excited and loved every minute of it.  All five of us are writing and when we got together in the rehearsal room last summer the ideas and creativity flowed.  It was an awesome experience from writing through to recording and one we hope to repeat.

Who’s responsible for the lyrics and the music. How important is the lyrics for you? I believe that you have written lyrics about the politics corruption or something, am I, right?

I as vocalist write the lyrics and the four musicians in the band all contribute to writing the music.  There is some cross over however as pieces of music at the demo stage have titles that I sometimes keep and then writes words to.  An example is ‘Silence In The Sirens’ which was a title Phil came up with.  Phil discussed what he had in mind with that title and I went away and wrote the lyrics.  The lyrics that I write are sometimes social commentary about what’s going on in the world and sometimes born out of personal experience.  Importantly on the new album, the lyrics are reflecting on what is happening in the world and in life but, ultimately, giving positive messages. Do you feel that artists must write about every day issues? I really like bands that write songs coming from the people to the people, but many don’t agree with that. What’s your opinion about it?

All bands have their own approach which works for them.  It is important to us to make social comments and express hope for the future.  We have always done that from the very early days of the band which perhaps made us a bit different.  Songs like ‘England’, which promotes anti-racism, and ‘Vicious Bastards’ which is an anti-terror song were written back in the late 1970s but are equally as relevant today.  We have taken the same approach and attitude into our new album too which works for us.

Your sound is rather modern for a band that has recorded its debut 32 years after its birth! It was on purpose trying to avoid any retro-nostalgic feeling or it was a producer’s choice?

We wanted to capture and stay true to our N.W.O.B.H.M. roots with the power and energy we created but also wanted the album to have a contemporary sound and feel.  Working with Bart as Producer was awesome and thanks to him we achieved what we set out to do on ‘Still Burning’.   The reviews to date have been excellent and our fan’s reaction to the new songs we’ve played at gigs has been awesome!

It had past almost 16 years since you released your last album “The Darkener” …if we could say that it was ever released. Do you feel that the time has come in order to release it properly now?

‘The Darkener’ was not a full band project, just a collection of demos written and recorded by John and I back in 2002.  It hasn’t been released as it was never completed.

What are your main musical influences? Do you hear in younger bands elements from your sound as Mythra being their main influence or something? How does that make you feel as an artist?

The band collectively has a number of influences including the classic 70s bands such as Black Sabbath, Led Zeppelin and Deep Purple through to UFO, Judas Priest and Motörhead.  The Punk Rock explosion in 1975 in the U.K. also fired us up as kids with all the raw power of the music plus the social commentary within the lyrics.  We have continued to absorb influences since that time.  We love music, it moves us and is our passion.  We ourselves are fans as well as musicians.  Younger musicians we connect with through social media and at gigs occasionally mention Mythra as an influence too which is great to hear 🙂 As you played at Brofest tell how important do you think they are such events/festivals like that in order to get noticed again and help in general with the N.W.O.B.H.M. revival.

We have played some awesome Festivals in the last year and have more lined up in 2017.  They are so important and the guys who promote them are incredibly passionate about music.  ‘Keep It True’ in Germany was absolutely amazing with a 2,000+ crowd.  That’s the biggest we have played this time around but there are smaller festivals too all across Europe which attract many fans who travel long distances to get there.  We are really looking forward to playing ‘Up The Hammers’ in Athens at the end of May which also has legendary status amongst fans of the metal underground.  Also for us, coming up in October we play our first Festival in the US at ‘Frost & Fire’ in California.

What next for Mythra – future plans, recoding, gigs. What we should your Greek fans from your appearance on Up The Hammers on May?

Our album is released on April 28.  Following that we can’t wait to play at ‘Up The Hammers’ in Athens in May as it’s a really big event to fans.  We will be putting together a special set made up of a mixture of our classic tracks plus songs from the brand new album which we will be playing live for the very first time.  More festival gigs will follow after UTH and yes, we would love to do more recording as we are definitely ‘STILL BURNING’

Is in your live setlist songs from ‘Still Burning’? I guess ‘Star Rider’ is going to be in!!!

Thank you so much for giving us the opportunity to do this interview.  We are really looking forward to playing live in Greece for the first time as we know we have many friends there who like our music.  See you all at ‘Up The Hammers’ in Athens in May 🙂 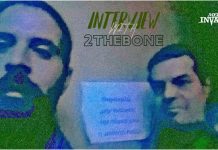 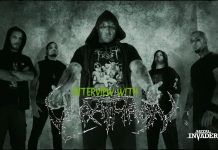 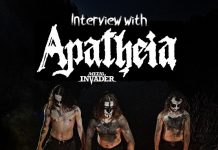