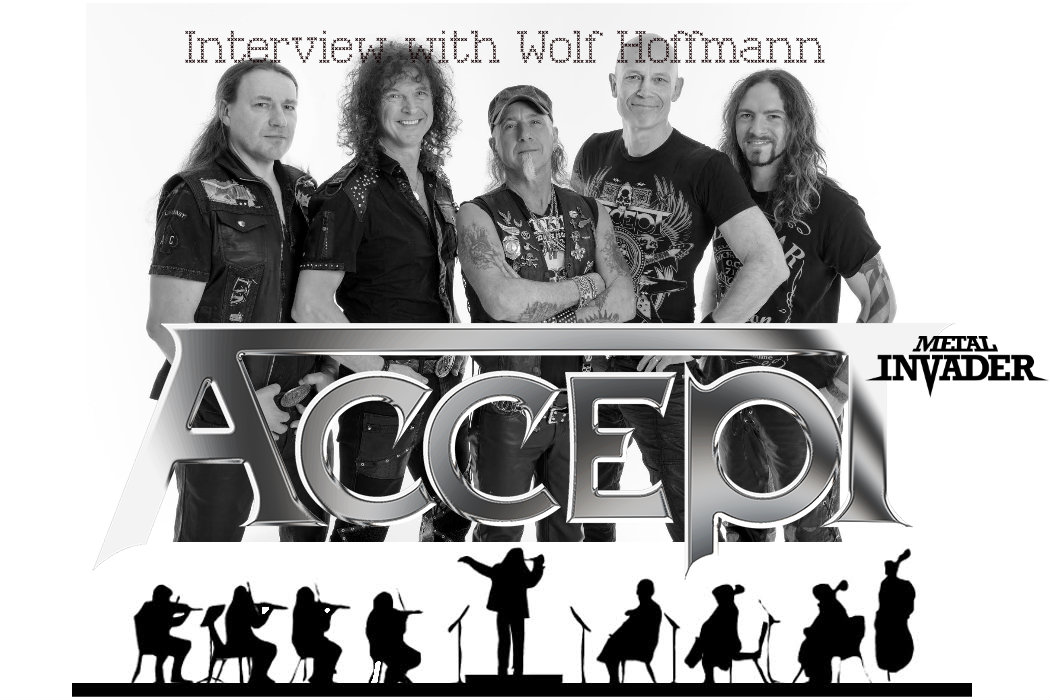 You visited Athens a few months ago for the Rockwave Festival. You played a set under the sun, early in the afternoon. In spite of that, how was that experience, how was the Athenian crowd towards you, one year after your previous visit?

WOLF: We have been in heaven….we loved the festival and it was a personal wish from us to  join JUDAS PRIEST and SAXON that day. To play in the sunset, in ATHENS….priceless! We have no other experience with Greek fans  than – wild and happy!

You shared  the stage with living legends Saxon and Judas Priest. Are we in a time machine that travelled us in 1986 or what? How important is for the new generation to see huge names like Accept live on stage?

WOLF: Obviously,   for US – it had EVERYTHING to do with our History and the History of HEAVY METAL! And –  how important it is for a  new generation to see Bands who wrote this History – I would assume – very much so. Every generation has their own heroes who will  – one day  – be from the past and will be standing in line with heroes who came before them.  What an honor when a band or artist can say…I was part of THAT! We are pretty stoked.

But there was Sabaton on the billing too, a band that you had been touring together for several months. Tell us more about the experience of not being headliners as you normally are even though you are an older and more established band than the Swedes.

WOLF: I said that in interviews before  – Sabaton have their time now and we have been very impressed about so many things how they worked for their career. They stood out for us and I have to say, I was pleasantly surprised how very few  ACCEPT FANS did not understand, that if we can not survive to leave our EGO RAMP  (which ACCEPT  thankfully do not sport) for a moment – just to have fun and shine a modest light on a new Band, who obviously is on their way – it would be hilarious. If we want to be a role model and every successful band should  consider that – we SHOULD support  new and definitively  talents. We enjoyed to  have to fight for the hearts and souls of a crowd who wasn’t ours. We have been told , we did pretty good and we had a ball. I am sure METAL INVADER  are at our side and enjoy a great chance to support a different concept – in USA JUDAS PRIEST played before DEEP PURPLE and we have been told it was a terrific show.   We are all competitors – kind of – but:  we are all together THE musician-brotherhood.  Great musicians should be accepted & respected by any crowd and we had the honor to find that out in a good way. It was a great tour.

Your audience is mixed of both younger and older and I know so many fans that are following Accept since “Blood of the Nations”. Do you recognize any differences between these 2 crowds? I mean not only age difference…how they react on the songs or their behavior as fans.

WOLF: No – not at all. Many are Parents who bring their children – many are older who never made it to an ACCEPT show, even if their friends have been huge fans for everand than there is the crowd who is just curious and comes with an agenda, like: ENTERTAIN ME! Our goal is to make as many fans happy as there are and when the arms are up and the audience is singing louder than us – I call that a great night.

You are living in the States now, but how do you see this whole situation in Europe with the rise of chauvinism and far right ideology in our continent? And how do you see Trump as a president?

WOLF: I am very serious about this – we are not talking politics!  We are here to entertain and I want our  fans to forget everything for  2 hours or how long we perform. ACCEPT for  the most time have chosen to bring unusual  themes to public attention, who have been hardly  touched before us. We wrote  an album with a very telling title:  THE RISE OF CHAOS – in other words, we might not talk about it – but – obviously – we are very much aware of  what happens around us!

“Symphonic Terror”, your Wacken 2017 appearance along with an orchestra is due to be released in November. This was huge for all Accept fans. However, is there something you haven’t accomplished yet and you’d love to? Can you elaborate on this release?

WOLF: Well…. the show in Wacken 2017 has been a dream come true and we worked very hard to bring that to life and it is beyond my imagination, that we will – finally – get SYMPHONIC TERROR  on the road in 2019. Pretty Awesome for us!!!   Wacken has given us this opportunity to produce a show different to everything we have done before and we will never forget this night. Forever grateful to Holger Huebner & Thomas Jensen! We hope, very much that we can come to Greece – to show another side of us – a production with an orchestra and some surprises.  Can’t wait to see you at the show and  hear YOUR  “verdict”!

Shall we expect a new solo effort like Headbanger’s Symphony, soon?

WOLF: No, 2019 we will focus on SYMPHONIC TERROR shows – not too many… but selected ones in selected venues! We are totally excited! November 5th we will release the news … stay tuned!

I guess as the ‘Restless and Live’ , “The Rise Of Chaos” and “The Symphonic Terror @ Wacken” release dates are too close, there should be a big time gap before Accept’s new studio work? We know that you have been working behind the curtains though, on the band’s next step…

WOLF: That’s funny …we thought the same, but we have so much fun and we had such a creative rush and FANS and LABEL seemed to be  very happy … so  – perhaps we come back in 2020! We might be ready for another ACCEPT album… called for now –  20/20 (check that out…has an interesting meaning) but, we take it a bit easy in the coming months.

Any message to the Greek fans?

WOLF: We always love to come to Greece and we hope to see you in 2019 – with our new  Orchestra Production. Thank  you for always welcoming us!