Intrinsic announced that have officially reactivated! They are currently working on new material, eyeing a 2021 release.

“Since the release of ‘Nails’, we have been discussing the possibility of reactivating, but have had difficulties aligning schedules,” says founding member Mike Mellinger.

“Quarantine changed everything. To celebrate and say ‘thank you’ to all of you who have supported us over the years, we have released a quarantine video. The video features a remake of the song “Ahead of the Game” off of the 1987 Self-Titled album.” Mellinger continues.

Watch below the video of “Ahead of the Game”: 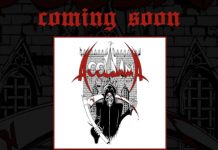 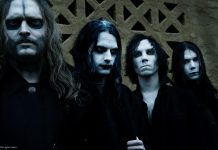 Soilwork: release their new EP “A Whisp Of The Atlantic” today!