Ghost Riders in the sky

Their faces gaunt, their eyes were blurred, their shirts all soaked with sweat
He’s riding hard to catch that herd, but he ain’t caught ’em yet
‘Cause they’ve got to ride forever on that range up in the sky
On horses snorting fire
As they ride on hear their cry

As the riders loped on by him he heard one call his name
If you want to save your soul from Hell a-riding on our range
Then cowboy change your ways today or with us you will ride
Trying to catch the Devil’s herd, across these endless skies

Johnny Cash (born John R.Cash ; February 26, 1932 – September 12, 2003) was a larger than life, a unique artist, an iconic figure that touched divine. His career was mythical while the word “rich” sounding so poor to describe his large catalogue featuring 67 studio albums, 12 live ones and 102 compilations. Do I have to mention how many great or highly acclaimed songs or hit singles he had sung? Even his humorous numbers like “One Piece at a Time” and “A Boy Named Sue”, a duet with his future wife June called “Jackson” (followed by many further duets after their wedding) are brilliant.

Silver, which marks his twenty-fifth year as a recording artist,  is the 62nd album by the American country singer, songwriter, musician, and actor.  70’s was a hard time for Cash. One Piece At a Time was a hit but besides that things were a bit dry. Even if he reunited with early 70s producing partner Larry Butler for two albums didn’t take Cash back to the top despite the collaboration with Waylon Jennings. So no one actually expecting such a huge album from Cash at the time. But  Columbia was pushing things as wisely thought that the momentum (by using Johnny’s 25th anniversary in the music business) was with Cash in order his career to boost. As you can see Cash needed something fresh to get back on top, as hard rock, punk, heavy metal and even disco were dominating the music industry.

The fresh and new had a name: Brian Ahern. The Canadian producer had a good name as he launched Anne Murray from zero to hero producing her early albums and also Emmylou Harris (that later married her). Brian Ahern add some digital elements and his production was no old school at all and made some Cash’s old fans angry but the final result gave Ahern a big win in the end. Despite the digital elements musically, the new LP was actually a kind of a review of Cash’s course if not a mixture of his repertoire and styles from the very beginning to the end of the 70’s.

I have to mention that in late 70’s the line between country music and rock & roll have become thinner and thinner, something that helped Cash to get closer to younger audiences. After all Cash has been a prime mover in this transition. In many ways, he was the bridge between country music’s past and present circa 1979. Still, despite Cash’s glorious history, Silver was also an important album for him as it prove to be the top notch album he needed almost desperate to reconquer his throne (please notice without any help from any Carter!).

Aesthetically the whole vibe is doom and dark while praising the good old times of the American heritage. There is plenty of sorrow, redemption and moral tribulation. The baritone voice of Man In Black makes with his deep tone hand by hand with the train-like chugging guitars or the phased ones, the simple drum kicks, the thick sound created from the six-string bass, or the effect from banjo, fiddle, organ and the acoustic earthwood bass, so the whole atmosphere could have been coming out of a western (70’s) movie.

The album was finally released via Columbia Records in 1979. And Cash work hard for it. Where most Cash albums are recorded in a couple of weeks, or even days, this one started in February and didn’t wrap until May. It peaked at #28 on the Billboard albums chart, while “(Ghost) Riders In The Sky” peaked at #2 on the singles chart; the two other singles, “Bull Rider” and “I’ll Say It’s True” (with George Jones on background vocals), reached #66 and #42, respectively. Recordings of “Cocaine Blues” had previously appeared on At Folsom Prison and Now, There Was a Song!, under the title “Transfusion Blues” on the latter.

This is the last album that Marshall Grant, the original Tennessee Two bass player, played on. He departed from Cash’s band the following year. Silver was re-released in 2002 through Legacy Recordings, with remakes of two early Cash songs, “I Still Miss Someone” and “I Got Stripes,” as bonus tracks; both are duets with George Jones. 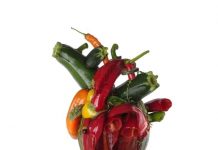