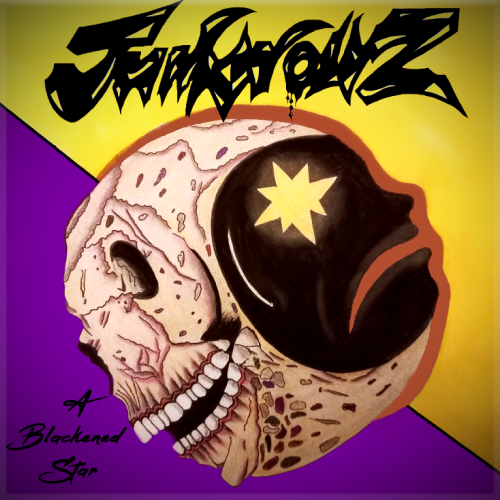 Greek (based at Athens) hard rock / metallers Junkwolvz present you their new single “A Blackened Star”. The single is available from the band’s bandcamp page and you can stream it below.

Infos about the single

“A Blackened Star” and it’s a break-up song. Guiding you through some bitter-sweet thoughts of the past in the first two verses, it breaks out in anger and despair during the chorus. Their sound wanders around some playful, speedy riffs till it gets to the heavier part.

The song’s production and mixing was arranged by Panos Tsampras at his home studio.
https://www.facebook.com/panagiotis.tsampras

Few words about the band

Junkwolvz is a new band located in Athens, Greece. Their sound occupies the space between metal and hard rock and their purpose is to reawaken the rock ‘n’ roll element in metal music. With main influences such as Motorhead, Megadeth and Guns ‘N’ Roses, the focus is to merge all these different angles into one coherent musical style.

Their first incarnation was in late 2017 but, due to discord in the band’s members at the time, they soon disbanded… The group truly began at 2019 when Panos (guitar – vocals / ex – Chronosphere) and Stef (drums / ex-Boneyard, ex-Soundkrash) were joined by friend musicians Chris (guitar) and Manos (bass) who decided to help the two original members kickstart the band, without being in the band.

After some cancelled 2020 shows due to the pandemic, Panos and Stef settled on using the quarantine to self-produce their first demo and, at that time, found guitarist Tasos (ex-Accelerator, ex-Fortunate Fault) who joined forces at once. Continuing as a power trio with Panos on bass, Junkwolvz released the digital demo “Still Going Down” in the summer of 2020.

While rehearsals and some “party live action” were the main gateways of their expression for a year and a half, some shifting happened in the line-up, especially on bass duties as Samer (Vile Species, Kvadrat) recruited. So, the band with the new line up, just released the single called “A Blackened Star” in January 2022 and they are ready to enter the studio for their first LP and also hit the stages as long as this world-wide restricting situation allows it to… 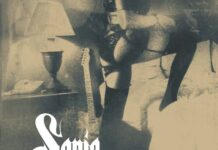