When I was appointed with the task of writing a review for this album, I have to admit I was astonished. I’d listened to the previous works of the Norwegian band Keep of Kalessin (their top being “Armada”) so I had great expectations from this album. Those familiar with the band, will realize a “softening” in their sound. Call it a bit more symphonic? A bit of a modern version of Bal Sagoth? A little more…less? The production is crystal clear, naturally; the instruments can be heard performing clearly. So, where does the problem appear? The answer is simple and absolute: Fillers. What do I mean by that? Let’s make a review on the tracks and you’ll see.

The album starts off with “Cosmic Revelation”, an instrumental intro, where only the keyboards perform, which in fact is the opening melody of the next song “The Spiritual Relief”. A good track, yet having a lot of clean vocals, specifically the ones that irritates me somehow. I have to admit though, that I caught myself singing the chorus. This song has a duration that stretches almost to ten minutes, so you’ll get a taste of what I mean by saying “Fillers”. I do realize that when you perform a melody and slowly building it up you give an epic flavor to your composition, but that’s not something you do when you’re on the seventh or eighth minute. Especially if what comes after is the chorus again etc.

Next comes “Dark Divinity”. Dissonant, evil and aggressive (all of these traits are a plus. That’s one of my personal favorites off this album). Next song is “The Grand Design”. The song is gradually building up in a rather monotonous way till 1:46 where the blasting begins. Then, it’s building up again, as if the first time wasn’t enough…

Nextsong, “Necropolis”, verifies everything I said about repeating. A song with duration of 7:17, containing just three riffs. (2.5 to be precise, since one riff is a variation of another). Guys, you’renotplayingDoom! Youmakeusbored. “Universal Core” saves the day. In here you’ll enjoy the drumming, which sounds as machine gun fire. The next track “Introspection” is more or less of the same quality, but a bit more grandiose. Especially some interludes and the chorusalong with some guitar licks, make the Norwegian trio shine.

The album concludes with the homonymous, “Epistemology”. A nice track as well, catchy, introspecting…having a drawback though. After 5:46 and till 9:37 you’ll be listening to the same riff. Just the riff! No vocals, no variations! The same riff over and over again!

To finally end this review, let’s just say that the album will keep you and the drawbacks I mentioned will trouble you after the first playthrough, which will be rather pleasant. The compositions are of high quality and all the instruments are perfectly performed, something you can listen to with ease since the production is so good. Finally, I’ll make a complaint towards the label of the band, Indie Recordings. When someone is promoting the album of a band, they promote the music of the band. Right now, for good or for bad, the band is promoted through this review. So show some respect to the ones promoting you. By having me listening to the songs via Spotify, where the flux of the album is interrupted by advertisements on well-known super market corporations, you just make a negative impression. After all, you didn’t ask us to just listen to the album, but make a review on it. 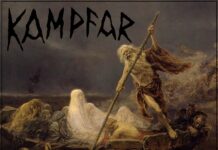 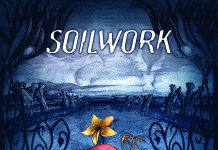 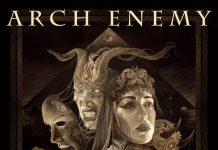