Compelling – Barbarian – Violent – Dark. Perhaps the best album that came out in 2014 from blackened grindcore scene.The article could be finished here … But I will write much more for this band called Keitzer, headquartered in Germany and sending us to hell with a war dance! Fifth album on the same philosophy as the previous, but perhaps the most worked of production and compsing. Blackened guitar razors penetrates endlessly through the tracks, mid tempos that brought to my mind the supreme Belgian band Arkangel and a voice that spewing blasphemy! This album spits in the face everyone who speaks about blinkers and standards of play in grindcore. Many oriental rhythms fill this masterpiece by throwing Keitzer from a Bolt Thrower feeling to Marduk paths and even to Rebaelliun (as strange as it sounds!) The band has its own identity, personally I listen the album around ten times and not bored nor for a second, incredible black psychedelia in an epic grindcore philosophy, lyrical themes about Crusades and medieval history in general, something that distinguishes someone by looking even the album cover! I believe that those who want to hear something particularly interesting and incredibly “in the face” away from the standard, “The Last Defence” is really what you need! This epic dynamite released by German FDA Rekotz on Cd and from the also German 7 Degrees Records on vinyl. 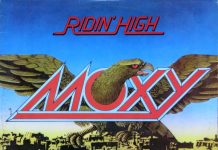 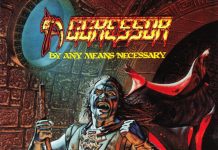