A few days ago, and more specifically on March 3rd, Greek punks Konepistooli, released their first full length album via Terminal Records and it actually was what we were all waiting for. Uncompromised Finnish Punk, stripped off the ideas of making an album that’s similar to something already released, but bearing the mentality of ‘making Art for the sake of Art’. To enhance the significance of the aforementioned statement, Konepistooli decided to release their album in two (same but different) versions; a Greek and a Finnish one. The digital versions of the album can be found below. Soon enough the album will be physically available as well. The recordings took place at Terminal Studio in 2017. The vocals were recorded in Giafka in 2018. The production was handled by Michalis Gkouratzas (Bat Signal). 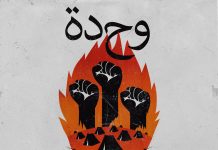 UNITY vol 1 – IN SOLIDARITY WITH THE REFUGEES OF MORIA CAMP