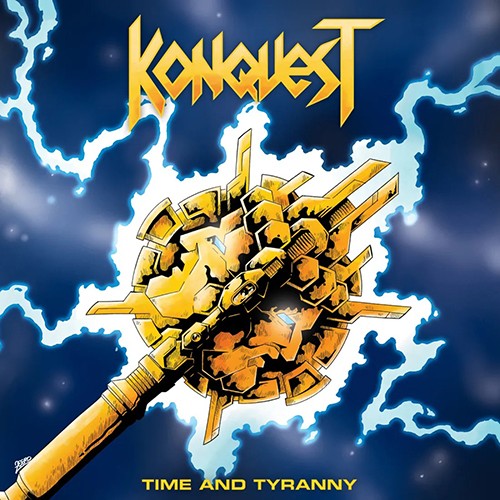 “So many albums so little time”. If there is one phrase that could say it all for audiophiles of our times, then the above one could condense most of their “problems”. I had a copy of the album “Time and Tyranny” since late August and damn I have only one week since I’ve listened to it. But from the very first moment it won me. I had many years to hear such a great intro. It brought to my mind the glorious melodies that Running Wild used, to open their albums. Great songs, catchy melodies, excellent riffs, nice voice -with no Italian accent to make it lame- and strong production that helps the compositions to shine. Their debut that came 2 years earlier (“The Night Goes On” in 2021 on Iron Oxide Records -CD version- and No Remorse Records -limited LP version-) was a sign that these guys from Prato, Tuscany know how to write big songs, but now I believe they make clear that they want a piece of the cake; they don’t want to be just another underground scheme that will fill the billing in small traditional festivals. Not that their music is born for commercial success or something, as truth be told I don’t believe they’ll find any radio air or promotion from mainstream Press. Still their songs are huge! The Italians are passionate, and manage to harness their influences for their benefit. Heavy Load (obviously) is their principal inspiration, definitely Thin Lizzy while Iron Maiden of their early years also in a main one but if you listen carefully you can hear a Somewhere in Time-era in guitar tone or melodic riffs (“Something In The Dark”, “Traveller”). Highlights: ALL IN ITS ENTIRETY !!! 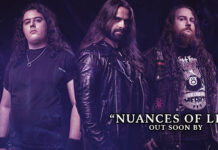