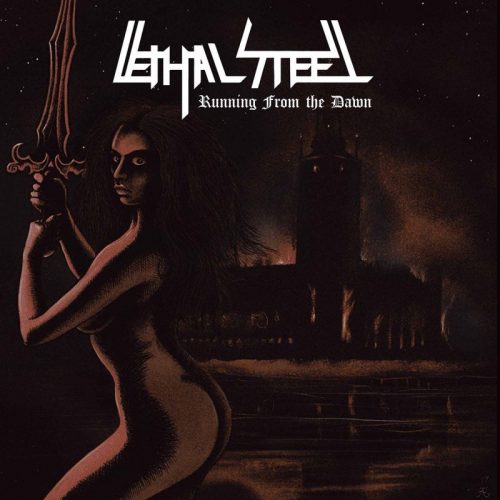 Lethal Steel is something between the best kept secret and the most underrated band of those who fond traditional Heavy Metal. But then with a debut released via High Roller Records you can’t claim a band as a “secret” while even though 2016’s Legion of The Night was definitely a very good album still it wasn’t a cult instant classic. So they may deserve more attention from the masses still their mile seems to be long enough. Still personally speaking I love their first album and I listen to it very often. “Running From The Dawn” is the name of the band’s new EP featuring four new songs. That’s a gap of four long years between »Legion Of The Night« and »Running From The Dawn«, and you can blame the several lineup changes for that. Speaking of changes though you won’t find any on how they compose their tracks as the new material could easily fit in their debut easily as well. Once again we are dealing with fast riffs and pounding drums, blended beautifully with melodic choruses and catchy rhythms. “Weekday Refuge” opens with a nice melodic intro before it burst into a up tempo galloping song that changes again on the chorus to a mid tempo and then back again to a speed one, “Stay Away” and “City Of Sin” are based on fast riffs and the characteristic hint on Gustafsson’s voice. “Ge Allt” that stands for ‘give everything’ or ‘give all’ in Swedish has lyrics in their mother language, something that will bring in mind Onyx, Jonah Quizz or even the totally underground legends Reflex. Nevertheless Lethal Steel also  had one song on the first record in Swedish (“Nattsvart”). Musically speaking their influences are brilliant filtered here and we can find a plethora of excellent elements that reminds us Mindless Sinner, Vanguard, Gotham City and several other heroes of the Swedish scene of the 80’s. That’s enough to make me buy it. I just can’t find a reason why they didn’t released an LP instead of an EP, since they have already enough songs to support a full length. 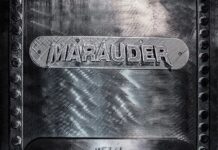 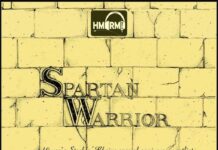