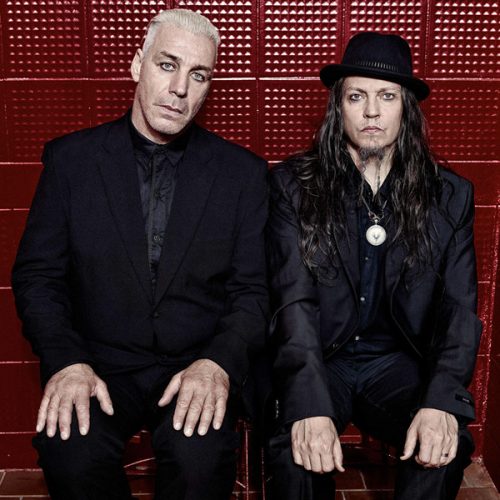 As we all know Rammstein’s frontman Till Lindemann, likes to shock his audience and knows how to do it well. This time, he ‘shocked’ us through his new video with the industrial metal super-duo Lindemann. Of course as some sites write this time … he over did it! But let’s see what is this element of shock for most… it shows a scene of oral sex with a woman while she has menstrual period. This is a normal every month thing for the 50% of the population of this planet, however it appears to be an outmost disgusting matter.

Society has always required that women not only to accept but to enjoy a man’s semen. However, sex in the period is one of the biggest taboo topics. Imagine how everybody sees oral sex to a woman at her period. It should be noted here that a woman during her period has a stronger desire for sex.

In Greece, one of the reasons why women were not entitled to vote was their period. On 20/3/1928 the newspaper “New Day”, in its article, stated that women during their period are in a state of “mental and emotional imbalance” and therefore unable to vote.

“Imagine what would have happened if men would be disgusted of rape as much as they get disgusted by menstrual period.”(Source: Το Μώβ)

P.S: Let me be clear on something, i’m not against Lindemann, i loved their video clip and i loved the way it disgusted everybody because it really shows how people hate their own nature.