We’re right on schedule and on the stage climb House of Broken Promises from the USA. They took the difficult job of the opening band and especially for a festival that big. The few attendants so far dance on their heavy rock’n’roll and seem to share the enthusiasm the band displays. The sound was a bit chaotic at first, but everything worked out in a bit. The trio delivered ideally and gave a very good performance.

It was time for the locals, Sadhus (The Smoking Community). They’re no strangers to the Athenian audience and that became pretty clear by the increased attendance on their set. The fame that precedes them for delivering explosive and high-quality sound lives was more than confirmed in my ears and it was the first time a had the privilege to watch them live. Fans of heavy sludge and eyehategod won’t forget this easily.

The sun had set and with no further a due we have we.own.the.sky also from Athens on stage. It was the most appropriate time to be accompanied by their post-rock melodies. I have to admit that their choice for the fest was a bit strange for me at first because of the significant difference between their sound and the rest of the line-up. However, they gave an emotional performance with songs from their discography and also chose to present a new song. They close the gig with the hit from their first record, “Raindrops and Oceans”.

Last but not least for the day on the 2nd stage were Black Rainbows from Italy. Their old-school influences and style came pretty clear and that distinguished themselves from the rest of the bands. They gave a soul giving-performance for the fewer listeners with their psychedelic stoner rock sound without missing heavier parts. Their set included a variety of songs from their records and an excellent cover of MC5’s “Black to Comm”. It was my personal favorite set of the day and I wasn’t even familiar with the band till that day.

After a few changes on the curriculum because of an air strike and as a result many bands couldn’t show up (Cough, Elder, Colour Haze), I came in front of a fun surprise when I recognized Omega Monolith on stage.  A favorite band from the Greek scene since the first time I had the pleasure of enjoying them live. Instrumental sludge metal with psychedelic, post and krautrock influences based on ritualistic drumming, harmonically put sound layers and heavy breakdowns where you’re led without even realizing it and suddenly you’re into their storm. I can even start to think about a better start, even though I could see them playing higher on the bill and definitely wonder the seer destruction they could bring on the big stage.

It’s Black Hat Bones’ turn to hit the stage with their high gain devil rock, as they call it. I’m not sure if one can call it high gain or devil, but it is rock for sure and there’s a lot from where that came from. They gave a powerful and energetic performance with lots of smiles on their faces. The Athenians enjoyed it pretty much and that made the audience enjoy themselves as well. They chose song from their debut album “High Gain Devil Rockers” and some fresh material, as well.

Everything ran smoothly for the second day, too and it’s time for the British, Steak. Many people in front of the stage waiting passionately for their set and they’re off! Their sound was very good and their high speed presence matched perfectly with their approach on the paths that Kyuss and Fu Manchu carved. It was a great revival of the Palm Desert sound and the audience seemed to enjoy it a pretty big deal.

Unfortunately because of the late hours and the exhaustion I had on my back, I couldn’t make it to enjoy Automaton. I hope you’ll excuse me.

P.S.: I had the luck to witness many bands give their best on the first stage, too. I’ve got to say that the Greek underground scene has increased significantly their performance and quality. It lacks nothing in comparison to similar scenes abroad. It’s our time to hit the big stages. 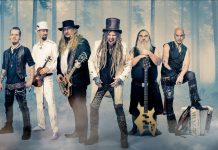 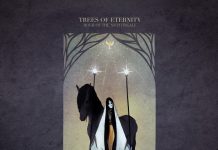 Trees of Eternity – Hour of the Nightingale 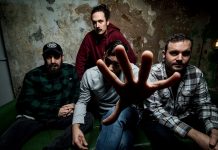