Three and a half years after their last full length album “Subconscious Metamorphosis” (October 2013), the Italians Lorn have released through I, Voidhanger their new EP, entitled “Arrayed Claws”. The album lasts almost 40 minutes (38:53 to be exact) and consists of 5 tracks in total.

Basically what reaches your ears can be defined as classic fast Black Metal with rapid guitars. In some parts, one could characterize the compositions as Black / Thrash, since these outbursts are reminiscent of a Thrash aesthetic (for example listen to the song “Abstract Trap”). Equally fast drums are embracing the backbones of the track structures, while the vocals resemble more beast cries than human cries. The album puts you straight to point. What struck me more than anything else are the guitars, which, while they’re not featuring excessive technique nor they make you think “dude, what was that bomb”, the compositions are cleverly written, making them highly addictive. Nonetheless, there are several points during which rhythms fall, the distortions, drums and vocals disappear and calm but yet dark ambience sounds take the reins (listen for example the first track of the album “Disharmonic Feticism”, where the extremity of Black Metal meets peaceful ambience). Although the pieces are large in length, i.e. “Disharmonic Feticism” and “Abstract Trap” lasting 12 and 11 minutes respectively, that does not mean that our interest is lost. Barely; the music patterns and sequences are elaborately rendered, so time flies without noticing.

All the tracks of the album stand out, each for its own reasons, but an intense agitation was experienced with the eerie “Toybodim”. Its speed, its basic riff, its vocals that sound like somebody screaming through the deep forest… I don’t know. Maybe it’s all together. Listen and you will understand.

“Arrayed Claws” was released on January 17, 2017 by I, Voidhanger Records in digital format and in physical copy (CD) on February 3, as a jewel box CD with a 8-page full color booklet complete with lyrics, limited to 300 copies. Art by Joel Angelini.

“Arrayed Claws” is a pretty good release, which deserves to be heard and makes us look forward to a new full length release of the Italians Lorn. 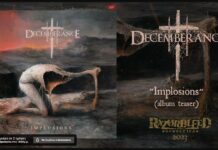 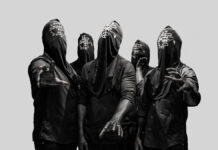