Upon reading the term “emo”, most metalheads will react badly, a reaction that is probably justified (at least partially, if not 100%). For starters let me clear the misunderstanding, LØVTE have nothing to do with the emo genre that had its moment of fame a few years ago. On the contrary any emo elements the band has are taken from the original emo scene that was nothing less than a subgenre of hardcore. Thus LØVTE are nothing like My Chemical Romance or similar bands (thank the flying spaghetti monster, I would vomit in my moyth if they sounded like that). Of course their music is full of emotions, something that is made clear from their album’s title but, as I have already mentioned, they have been influenced by the emotional “emo” hardcore. Their sound is basically an amalgam of completely different genres. We have calm parts, similar to non metal bands like Evancescense, while there are moments that their female vocals remind me a little bit of Bjork, who regardeless of wether we like her songs or not, we can not deny her talent. At the same time though, we have bursts of violence and other elements that are more common in the blackened crust scene. The combination of all the above mentioned elements makes the debut of the polish band interesting to say the least. Switching between ethereal sounds and violent outbreaks, alternating a female voice singing in high notes and brutal vocals is actually a journey through dream landscapes that gets disrupted and we get plummeted in a dark hell. That is the main pattern of this release. One can say that it’s an expression of different stages of loss, mostly sorrow and anger. The production of the album is adequate for the sound LØVTE have chosen, giving the band a mature audio approach to the feeling they express through their music. Is everything all peachy in this release? I wouldn’t say so. While their compositions are beautiful, the production good and the female vocals great I believe they should work tο achieve a smoother transition between calmness and violence. That doesn’t negate their positive elements of “It is not a lack of love, but a lack of communication” and maybe I am a little bit firm with demanding something more, especially if we consider that it is the Poles’ debut. But they have chosen a unique music path that, if they manage to follow, will offer as many great moments in the future. But those peculiar characteristics that make their work harder are the elements that bring forth in interesting band, don’t you agree? 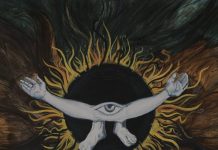 Voices From The Underground: ‘Ominous Radiance’ by Miasmal Sabbath 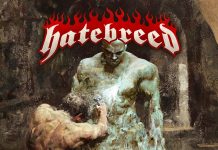 Hatebreed – Weight Of The False Self