A long-delayed biopic chronicling the plane crash which killed several of the original members of Lynyrd Skynyrd — including founder and frontman Ronnie Van Zant — is set to premiere on Feb. 16 in Hollywood.

Street Survivors: The True Story of the Lynyrd Skynyrd Plane Crash tells the story of the ill-fated flight through the eyes of the band’s former drummer, Artimus Pyle. The musician survived the tragedy and helped pull fellow survivors from the wreckage in the moments following the crash.

“This film’s story – my story – is not just about the plane crash but also about my personal relationship with the genius that was Ronnie Van Zant – whom I loved like a brother and still miss to this day,” Pyle noted via press release. The drummer was a consultant on the film, working with screenwriter and director Jared Cohn to make the project as historically accurate as possible.

The premiere of Street Survivors: The True Story of the Lynyrd Skynyrd Plane Crash will take place on Feb. 16 as part of the Hollywood Reel Independent Film Festival. The movie will expand to theaters across U.S.A. this spring, with video on demand and an official soundtrack release both scheduled for June 30. 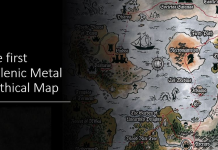 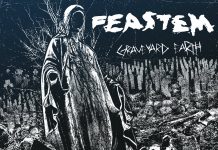