2021 marks a monumental year for death metal with the long-awaited return of influential Floridian juggernauts, MASSACRE! Today, the band has unleashed their highly anticipated album, “Resurgence,” with Nuclear Blast. Their 4th album, in a career spanning nearly 4 decades, is classic, unadulterated death metal in its purest form.

In conjunction with today’s record release the band has unveiled what is likely one of the most horrifying and appalling music videos ever made for their latest single “Return of the Corpse Grinder.” Watch the repugnant uncensored video (banned from YouTube), or the censored version for those with weak stomachs! *TRIGGER WARNING: Brutal violation of corpse and necrophilia of charred human remains 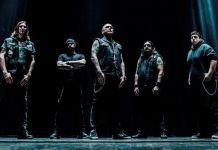 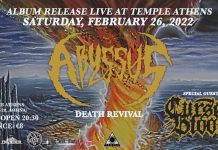