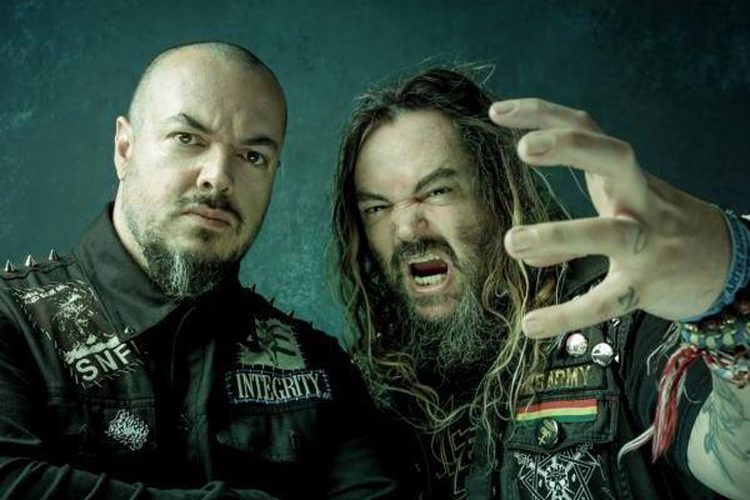 “‘Antichrist‘ is probably one of the first tracks that I ever wrote something on the drums. And as far as I remember, we wrote it, me and Max, in our bedroom. And we were very influenced by a lot of really cool bands back in ’84, ’85, and those bands were Venom and Hellhammer, and then some German bands later, like Kreator and Destruction. So, ‘Antichrist‘, it was one of those tunes where we had an idea of what we wanted to do – very influenced by black and death metal.

Back in 1984, my drum set was not really a drum set; it was just some pieces of percussion that I collected at the time that my parents gave me. So I had a snare and a floor tom. So, our rehearsals back then, I didn’t have kick drums at the time, so I was only playing with my hands, doing all the beats between the two instruments, and then a crash, which was attached to a broom stick with a nail on it.

So it was very primitive. And I remember by the time we went into the studio to record ‘Bestial Devastation‘, I had to adapt some of those beats to a proper drum set, with kick drums, with toms and things like that, even a hi-hat. But then ‘Antichrist‘ is one of those tracks where I still remained some of the very primal way of playing it, with just a floor tom and a snare, so it’s almost like a pre-blast-beat version that I was doing.”