Metal Allegiance is a supergroup featuring David Ellefson (Megadeth), Alex Skolnick (Testament), Mike Portnoy (The Winery Dogs, Sons of Apollo, Flying Colors and formerly Dream Theater) and bassist and their main composer Mark Menghi. This is their second full length and if you want to notice the main difference between their 2 full lengths is despite the fact that the band still does not have one official lead singer, and they hired once guest musicians (this time fewer) to contribute vocals to the studio, now the collaborate with fewer guitarists paring down the list of guest guitarists from nine to three (Andreas Kisser of Sepultura, Nita Strauss of The Iron Maidens and Alice Cooper, and Joe Satriani). This gives a more solid result and a sense of a normal band and not a super – project. Take a breath to see the vocalists list: Trevor Strnad (THE BLACK DAHLIA MURDER), John Bush (ARMORED SAINT), Bobby “Blitz” Ellsworth (OVERKILL), Mark Tornillo (ACCEPT), Johan Hegg (AMON AMARTH), Max Cavalera (SOULFLY), and Floor Jansen (NIGHTWISH), plus Mark Osegueda (DEATH ANGEL) and Troy Sanders (MASTODON) that sung also in the debut. It’s not difficult to guess that all songs are written upon the guest throat pattern and bring in mind their bands. So naming the vocalists next to the song titles you can apprehend what you can hear. Yes we are dealing with a best-of kind of manifold album that captures modern metal of the 10’s. But as Metal Allegiance isn’t one of those email projects where everybody just sends files back and forth, somehow ‘Volume II: Power Drunk Majesty’ sound so fresh and vivid that I must confess that I found it actually fully entertain. It won’t change your life, but it will be a must for your car stroll or on your mp3 playlist while you go for jogging or while waiting in the bus etc etc…Sepultura fanatics should check “Voodoo of the Godsend”, that it is the song that reunites former Sepultura bandmates Max Cavalera and Andreas Kisser for the first time since Cavalera left the band in 1996…other highlights: “Bound By Silence” featuring John Bush, ‘Impulse Control’ featuring Mark Osegueda and “Terminal Illusion” featuring Mark Tornillo. 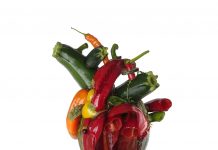