Debut album by Monument. With this release the group pays tribute in the early Maiden years and the early NWOBHM. British heavy metal with greek soul (Peter Ellis-vocals). Modern production by Peter Ellis/Akis K. and additional mixing and mastering by Scott Atkins (Cradle Of Filth, Amon Amarth, Behemoth). While the future is not ignoring the past, traditional heavy metal is present, with twin guitar attack and very powerful vocal delivery (the spirit of Dickinson is guiding the singer). In my humble opinion, if they continue like this, they are going to play a big part to the revival of NWOBHM. Well, all good with Iron Maiden, Saxon and other legends, that still craft this kind of music, but new blood is obviously needed; and Monument has the potential.

The title track that opens the album, ‘Fatal Attack’, ‘Crusaders’, ‘Runaway’, ‘Red Dragon’ (the alter ego of ‘Transylvania’), ‘Rock The Night’ (feat. Richie Faulkner/Judas Priest) and ‘Omega’ are some songs that really shine. Songs that are giving you a trip to a beloved period that most of us grew with, that make your head bang and force you for repeated listening. Jack’s (group’s mascot) first bite was hard … until next time. 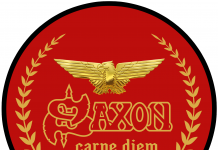 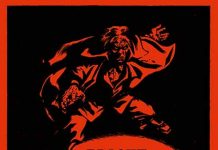 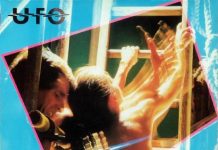 UFO: The Wild, The Willing And The Innocent | A Nod To The Boss And To The 80’s