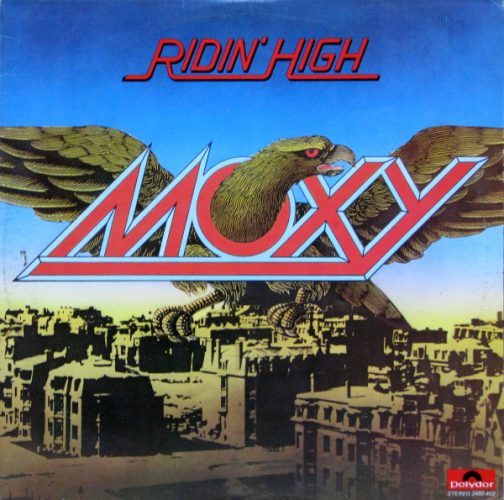 Let’s call a spade a spade. It’s been a while since I wrote my last review. Wondering why is that so? Were there no remarkable new releases? Nope, there are bunches of top new releases; despite how much some people want to complain about it (I’m one of them what can I say?). Let’s go straight to the point, for better or for worse (for better in my opinion) we are all critics. Right after a new release comes out; we have the tension to listen to it, skip most of the songs, and that’s it!  Not that this is necessarily a bad thing… After all, everyone’s personal opinion is what counts the most. Bur what can I say? An old hand like me, only strange kind of theories has to offer… The only good thing about middle age is that you tend to have more patience. The bad thing is that you remember clearer old ones rather than new ones (like so-called Alzheimer, or whatever this is). So you find yourself reverting to past releases over and over again, perhaps in an effort of yours to relive the past, to regain some of glorious days’ liveliness. Somehow I stepped into Moxy again. How much info could I include into a single article for this band? Should I start with the fact that when Tommy Bolin heard them record their homonym debut (a.k.a. Black Album, yes Black Album), and he willingly agreed to record with them? Should I mention that they were all multitalented and experienced musicians? Maybe I should synopsize all the above just by saying that likewise Maths axioms, the same comes for music, as one of the basic axioms is that CANADA HAS NO AVERAGE BANDS (what on earth are they drinking up there??). Whatever to be written won’t be enough. And this is why I won’t touch their historical debut- a total classic- for me being one of the top hard rock albums. Instead, I’ll deal with Ridin’ High (though to tell the truth it was Giorgos Tsekas’ idea and I did it in his favor). Back in 1977, Moxy had already released their second album, had toured all over Canada, and had had a relative success in faraway Texas (mainly because the most famous radio producer in San Antonio loved them). So they recorded Ridin’ High. As expected it’s a hell of an album. Maybe it’s all about Buzz Shearman’s tremendous voice (Rod Steward on hard rock steroids), or even guitars’ hobo attitude likewise Southern bands’ ​​from Canada.  Could be as well the perfect rhythm section; as a result of their pure rock n roll origins, with ooo that smell (referring of course to cigarette and whiskey). The first two songs follow this exact pattern (“Nothin’ comes easy”, “Rock Baby”). “Sweet Reputation” though it’s rougher, being totally on verge of metal (okay just kidding, still heavier though that lots of this exact period). The first side ends with the hit “I’ll set you on fire”. Come on guys … there is no way a fan of Roth’s hard era, or even Scorpions’ and Thin Lizzy’s, not being fond of this one! Second side and the hard rock n’ roll is on fire, “Ridin’ High” and “Young Legs”, with guitars’ orgasm in the later. Getting to “Another Time, Another Place” crossed the borders heading to another dimension. There is no way Southerners do not like these power ballads, they are exactly what they’re seeking for. And then there’s the rhythmic and sexy “Are you ready”, you know, these old-fashioned rock and phallocratic songs that we – the warhorses – still enjoy listening to. The album ends with a reprise of “Nothing comes easy”. Well … let me see… Is it a top notch album? Is it a very good record? Is it even worthwhile? I don’t have one and only answer to give. Like I said, every listener is also a critic. I’m not quite sure what would the reaction of a new Moxy’s listener be nowadays. Bloody hell, I don’t even know if Point Blank would affect people, especially younger audience. All I know is that bands like this (of this era I mean) have to be listened carefully, without skipping mode on. Although older releases have had also fillers, their work was approached in detail, more professionally in a way. Every single time you listen to their work, you grasp something extra, like whispers that you may have not noticed right from the start, bass lines from bassists who wrote even melodic lines of the tracks, and singers’ performances who give their souls, not relaying to nowadays’ mentality “okay we’ll fix it on PC”.  “Ok, boomer”… right ?