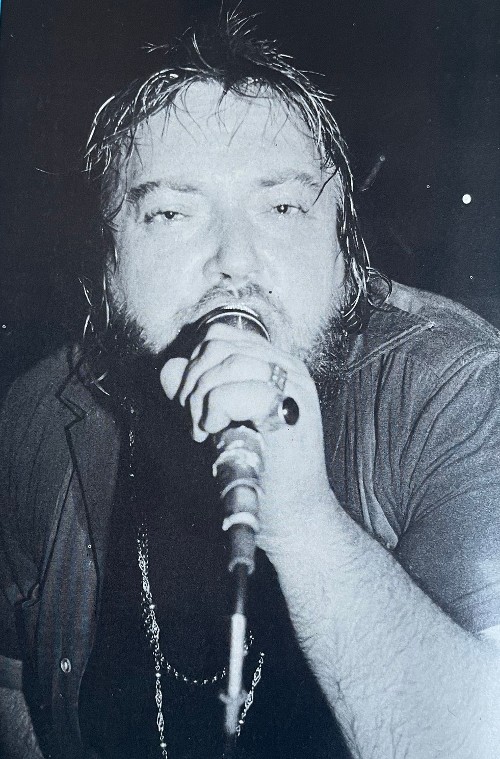 Nicholas Charles ‘Nicky’ Moore (21st of June 1947 – 2nd of August 2022) was an English blues, rock and heavy metal singer, who was best known as a former member of the British band Samson. He replaced Bruce Dickinson who left the band to join Iron Maiden in 1982. Moore left Samson in the late 1980s and rejoined in the late 1990s.

After his initial departure from Samson, Moore sang in the band Mammoth, which also featured former Gillan bassist John McCoy. Mammoth released two albums before splitting up in 1989.

In 2006, Moore teamed up with former Nazareth guitarist Manny Charlton and three musicians from the Swedish band Locomotive Breath to record an album under the band name “From Behind”. The band performed at the Sweden Rock Festival on 9 June 2006.

Since 1994, Moore had been working with his own band, Nicky Moore and the Blues Corporation, who were voted ‘Top Live Blues Band’ by BBC Radio 2 listeners in the year 2000.