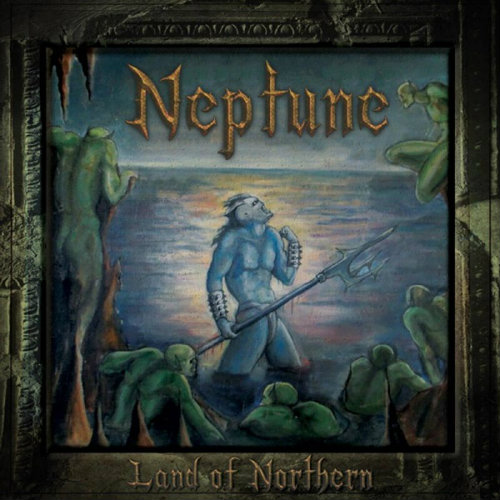 There is so much wealth on a musical level at heavy metal, that sincerely I don’t know how many lives are needed for experiencing the grandeur of extreme sound at its entirety. The four lives of Archibald Ferguson, the hero of the novel “4 3 2 1” by the american writer Paul Oster might prove to be just few, since we have to keep in mind that even we, if we had the chance to turn back time, would do the same choices. Especially if we lived these four lives at the same time, basically like four versions of the same life. The aforementioned book is a bit expensive (but still it’s 1200 pages), yet I fully recommend it and it might be the best novel for 2017. The same way I recommend you “Land of Northern” (at half the book’s price), which was born also in 2017 when Neptune returned to life after 30 years of silence. It is a full collection of this forgotten and underestimated band, which didn’t achieve a carreer despite the quality of their songs. The Swedish Neptune were created in 1979 under the name Warriens. During the decade of the 80’s they recorded four demos, with a more productive year being 1985 when they recorded two demos and five tracks in total, two of those probably their most known, “Enemy” and “Burglary Man”. The compilation contains thirteen tracks (everything composed for the demo recorded in 1986 at Soundtrade Studios Solna for their debut that was never released, or at various recordings at various places and line-ups, plus “Afraid of the Beast” through Electra on 1988) with neat sound and production. If you love the Swedish sound of the 80’s, if you dig the emotional approach of the vocal lines, or if you are collectors and looking for unsung heroes of the previous decades, order here. Highlights: the execution of Reine “Ray Alex” Alexandersson, the melodic guitars, the Manowar-ish “Land of Northern”, the soundwave influenced by NWOBHM “Burglary Man” and “Enemies”, the rock’n’roll track “The Horse” and the epic “Protector”. The CD version comes in a fantastic limited edition with a 16 page booklet, containing the lyrics of the songs, photographs of the band and its history.