The Athenians Never-Trust make their first appearance in discography with their full-length album entitled “Bras De Fer”. They made themselves known thanks to their first EP “Bomb Da System”, which was released in 2011 and was well acclaimed and made us eager for the new album. That finally came out and can very much make an impact on both Hardcore and Thrash scenes. The band’s style borrows elements from the above genres and what’s remarkable is the mixture of them with a handful of bands having achieved that (Never-Trust are one of them).

The album from the very first seconds presents its main characteristics; aggressiveness and speed! The guitar thrash riffs are frequently followed by hardcore ones and vice versa while the leading role of the bass guitar is reflected on every track especially on the intro of “Seeking Redemption”! The bombastic drum style alongside thrash backing vocals really adds something to the record. In this album the band rerecords two tracks from their first EP; “Jack The Lumberjack” and “Lust For Violence.” Both of them feature the band’s former lead singer. The album is clearly a product of hard work and in that context the high production standards come as no surprise.

Never-Trust present us a fascinating album, mixing the old and new style of two different subgenres and the result is more than promising. 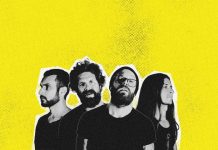 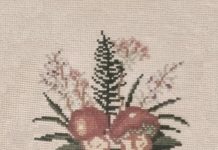 Voices From The Underground: ‘The Wonky Mountain Path’ ‘Ep by Circle Of Mushrooms 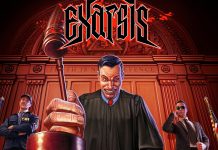