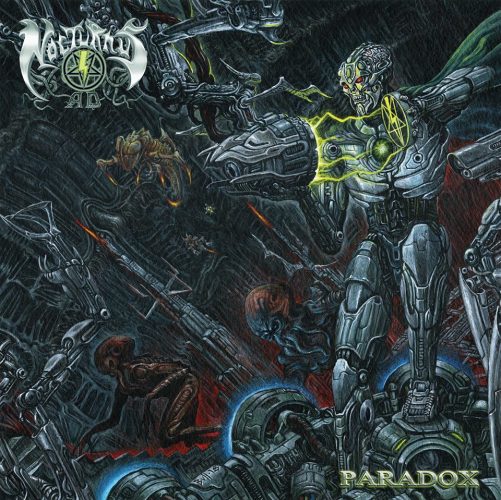 Amongst the first reunions I can recall was the ones that Mercyful Fate or Accept did back in 1993. I don’t have the strongest memory to remember which one was first, but I think that back then I sure felt really happy to get two great albums in my hands at the end of the year. As time passed, many reunions were made, with money being the first and, most of the times, the only reason to force former enemies to become once again friends and band mates. As long as great albums and tours that could fill stadiums lasted, I never really bothered why this whole thing was happening. On the other hand, Nocturnus reunion is actually Browning and his bandmates from After Death. Anyway Nocturnus, now Nocturnus AD, is a legendary band, almost like a myth for all of us that grew up with death metal in the late ‘80s to early ‘90s. I still have the tape I wrote 26-27 years ago with their epic album, “The Key”, even though I bought later the Earache edition of 2000 on CD. So, when I found out that Profound Lore would cut ‘Paradox’ I felt enthusiastic and curious, worrying about how the sequel of this tremendous release would sound. Nocturnus’ mastermind Mike Browning was a pioneer and his touch on death metal as a genre was vivid, also credited the use of synthesizers. Progressive and old school at the same time, ‘Paradox’ follows exactly from where ‘The Key’ stopped, 29 years ago. The guitars are still sick and blistering while the sci-fi themes are mixed with synths that sound like came from an 80’s horror film, plus synth parts are not used only in intros or outgrow the rest of the orchestration, but, rather, are side by side with the guitars and the other instruments. I can’t distinguish any new element (and who cares about them), as the entire album sounds like it’s straight from 1990 and even the production sounds rather raw and muddy and totally old school. Regarding its theme, the story of the cyborg that drove back to the past in order to kill Jesus Christ was something unique and authentic and even though no one seemed to care about hearing the ending, personally speaking, I still find it extremely interesting. The sound is sometimes a bit polished, yet brutal, whilst the off-beat hits and general rhythm give it a boost of extremity and paranoia. There’s a blend of nostalgia and an effort of pushing the limits of progress even further, something easy to say but rather difficult to achieve, but Nocturnus actually did it. A twisted and 100% death metal album that adds another truth to be told, the second jewel on Nocturnus’ crown. 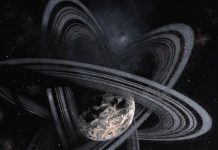 The Spirit – Of Clarity and Galactic Structures