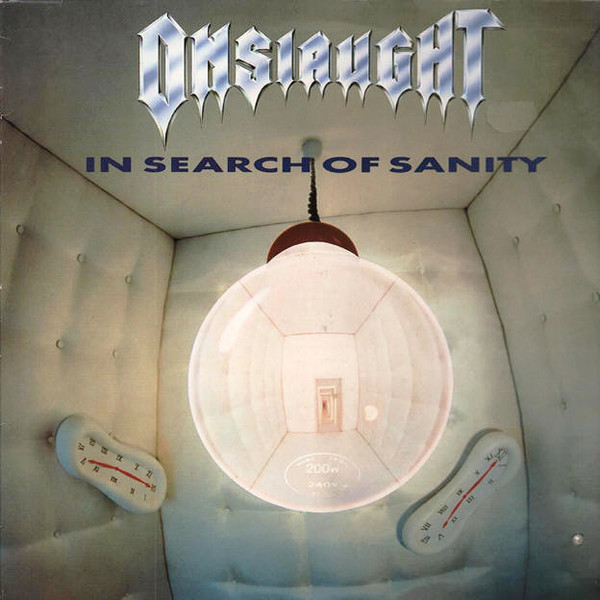 You know sometimes I hear younger lads talking about the past, about decades or years that they have never lived and they speak about them with such tender and nostalgia as if these were their heydays. Or I can hear them saying that they would give anything in order to travel back in time so that they could live in this era, mostly talking about the glorious eighties. First things first: if you could travel back in time, you should probably go back to last Sunday and chose wiser the Lotto numbers to become a millionaire or go back and kill Hitler or do something great for mankind, don’t just go back somewhere you just dreamed it was better cause you are romantic, it doesn’t make reality less cruel than it was or it is. Anyway back in the eighties Heavy Metal wasn’t as big as R’n B or Hip Hop is in our days. And it will never be so big and you can blame its nature for that. But truth be told, no one really wants something like that either…

As real socialism was ready to leave behind a mark to the nations bigger than Mikhail Gorbachev’s stigma on his bald spot, Onslaught was the British answer to Slayer. That is a fact and whoever has listen to “Power From Hell” and “The Force” can testify for it as he or she knows that these two gems were enough to put Onslaught name into the pantheon of thrash metal. But in 1989 Onslaught destroyed their unholy status by replacing their singer Keeler with Grim Reaper’s Steve Grimmet. U.K. was ready to face the new facts as its bands were filtering the thrash invasion that was coming across the British shores from the Atlantic. Xentrix, Sabbat and Acid Reign were great examples of how British were capable of creating inspired albums that could look to the eyes US and Teutonic Thrash that were dominating the world. Onslaught had a new contract with London Records, after they were done with the Children of the Revolution Records contract (the Bristol’s label that had released also Sacrilege’s “Behind the Realms of Madness” and The Accüsed’s “The Return of… Martha Splatterhead” 12″ vinyls besides the first two albums from Onslaught), and a new era was ready to start for the band. London Records had Universal Music Group as a parent label and it was the label that Thin Lizzy released a couple of their full lengths in the 70’s and several singles -“Whiskey in the Jar” among them-, while later had Faith No More in their roster too). So you can imagine that they had a strong word and that they could convince Onslaught for any decision they could take for the band…One of them was to replace Sy (Simon) Keeler that sung on “The Force” (Paul “Mo” Mahoney was the singer on the debut, while the band’s line-up shuffled considerably following “Power from Hell” as bassist Jason Stallard became the second guitarist and Paul Mahoney took over playing bass to allow Sy Keeler to take his place as vocalist).

In 1987 almost a year before Grimmet entered the band Onslaught released a cover on AC/DC’s classic Let There Be Rock via Under One Flag. Grimmett was introduced with Shellshock 12″ EP that on A Side had the new composition and on B Side two great covers: Confused (originally by Angel Witch) and H-Eyes originally by The Ruts. In 1989 a new version on AC/DC’s “Let There Be Rock” with Grimmett on vocals (a live version of Shellshock on the B Side) was the final hit for all the thrash lovers fans of Onslaught. Onslaught was actually a very thrashy N.W.O.B.H.M. band…An EP that was released just before the release of the studio album, entitled “Welcome To Dying” that was featuring a new 12 minutes long Metallica-inspired song with the same title that is a ballad (even though it is a nice song with a brilliant solo near the middle of the song) and on the B Side a cover on Van Halen’s “Atomic Punk” and The Stranglers’ “Nice ‘n’ Sleazy” just made things even harder for Onslaught. 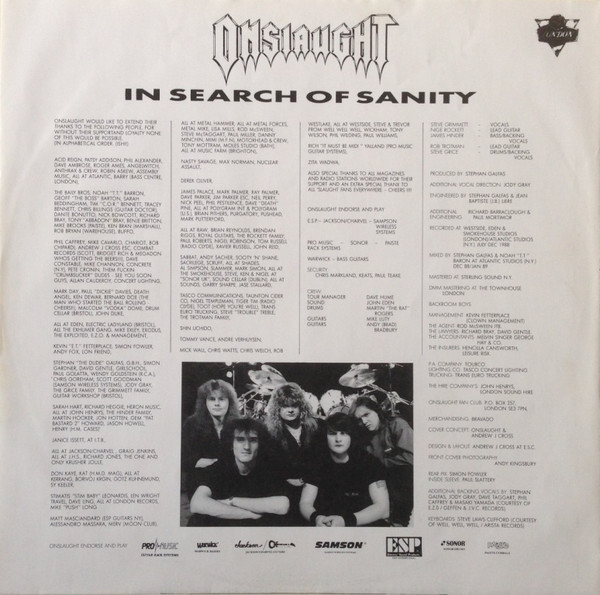 As Onslaught started as a hardcore punk band and released several demos in this style before shifting to their more well-known thrash metal work everyone was (shell) shocked with their different approach. Actually the band was writing again with the same formula (Onslaught’s main guitarist and songwriter Nige Rockett) but as Grimmett had not the same vocal tone as Keeler and unlike in nature skills and a whole different range than the 2 previous Onslaught’s singers their fans were actually facing a totally different band.

If you compare it with their two previous studio albums (although that are two different ones), it may lack on evil feeling but it is fairly aggressive as there’s a late 80’s Metallica-era aura sound on guitars that blend heavy thrash riffs with marvelous lead melodies (with much stronger drumming and audible bass lines) and a solid clean production that helps all instruments to shine. Some would grumble for the length of the songs, but you have to remember that the album was written in the late 80’s were Metallica were overshadowing everything and other bands tried to write longer songs like them.

Nevertheless and despite all that I have to confess that “In Search Of Sanity” is a great album and I love it. Steve Grimmett is awesome, definitely awesome, and the album has incredible songs, kickass solos and riffs, readily distinguishable bass and pounding drumming. It starts with a peculiar bunch of sound effects, unnecessary 5 minute long intro titled “Asylum”, but then things get really serious. The track listing features excellent thrash songs such as “In Search Of Sanity”, “Shellshock”, “Lightning War”, “BloodUpon The Ice” and “Power Play” that bond perfectly with the ballad “Welcome To Dying” and the two of their covers that were previously printed on their preceding singles (“Let There Be Rock” and “Confused”). It’s easy to see why some of their die-hards thrashers abandoned them, but this album was remarkable and should have taken the band to a wider audience, but it failed to do so. Just one year after the release, Steve left the band, being replaced by Tony O’Hora, but the damage was already done and the opportunity to go big time was lost forever. 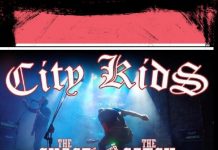 City Kids: “The Chase Is Better Than The Catch” live video 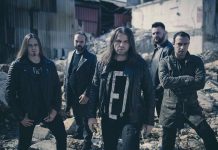