Almost two years have passed since Possession‘s ‘1585-1646’. The belgian black/death group revealed two new songs and the cover artwork of their upcoming debut album, entitled ‘Exorkizein’. The album is going to be out on April 7 via Invictus Productions and Iron Bonehead Productions.

You can check below the tracklist and the cover artwork

Iron Mask: “One Against All” lyric video 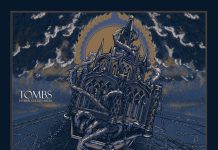