Norwegian rockers Pristine caught my eye a year ago when their third album ‘Reboot’ was released and especially because of their frontwoman, singer/songwriter, Heidi Solheim. Her voice is captivating, powerful and passionate and so is her songwriting. It came as no surprise when I heard that the band supported Blues Pills, I think that they were the ideal band to open the classic rockers.

So we arrived to this year’s new album ‘Ninja’. Have no doubts, this album is excellent and it is quite understandable why they keep increasing their fan base in a frenetic rhythm. Though Pristine come from a small town in Norway where in winter a 24h darkness exists, their music isn’t depressing at all. From their opening track “You Are the One” they make you understand the exact tune that this album is going to have. Psychedelic, Rock ‘n’ Roll, Blues, Country, Soul, Groove even sometimes disco(yeap, you read that correctly, don’t make me say it again) music, that especially now that it’s summer here in Greece is just perfect for the road trips trying to reach the golden beaches and clear blue waters. Solheim’s vocals are divine, just stunning. I think the whole album has the right amount of nostalgic 60’s tunes but without being too corky. One of my favourite songs is ‘The Perfect Crime’ where Solheim’s vocals reach their full potential, she sounds like Janis Joplin at her best. I think that such a big label as Nuclear Blast knew exactly what it was doing signing the next big think in classic rock bands.

Summarizing, if you are into psychedelic classic rock, ‘Ninja’ is easily in the list of the best albums of 2017, a definite must for your music collection. The band has evolved from making fun groovy music to more powerful, sentimental and noteworthy one, that stands out from this wave of way too many classic psychedelic rock bands that came out the last five years. 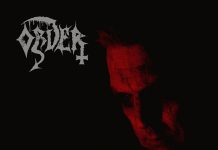