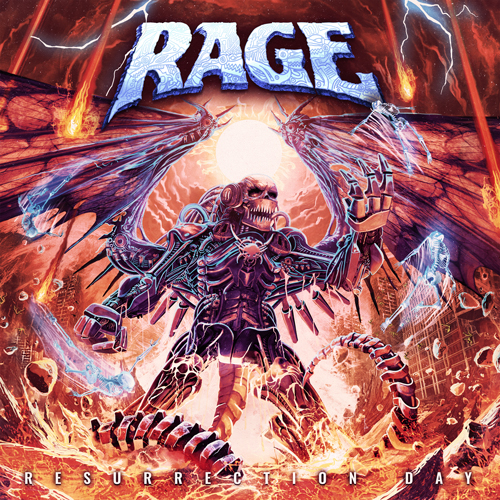 Peavy Wagner is a tireless artist/worker. He is in music industry more than 35-36 years (his long and career starts in 1985 under the moniker of Avenger with  “Prayers of Steel”) and his love for Heavy Metal is unstoppable. Sometimes he composes songs or gives birth to riffs as we normal people breathe. So it is rather difficult to keep a top notch quality to all of the 26 studio albums he has written. Yet he has the ability to surprises us all when we get into our hands his records. Ok, you might think these are the words of a fan boy but if you believe so then you are far from the truth. With two new guitarists on his side Jean Bormann and Stefan Weber, Peavey managed to avoid the trap of creating a full of fillers album, as the new blood have given a fresh air to the band. Of course you will find all of the Rage clichés and signature elements, even several songs with -excellent- orchestral parts, but actually you were looking for them after all and in the end of the day you have to admit that the “Resurrection Day” has a purpose of existence as it brings a dozen of joyful songs that drive you to bang your head to their rhythm. Nostalgic moments for those who dare to compare it with the bands back catalogue will bring a smile on their faces as the tracks have an old school aesthetic given with a totally modern way though. All who have -sadly- turn their back on Rage the last two decades will probably surpass but all those that will give a chance to Peavy and co will get a great album that will hear several times until Rage number 27 comes this way…

Highlights: “The Age of Reason”, “Monetary Gods”, “Travelling Through Time” and “Virginity”.