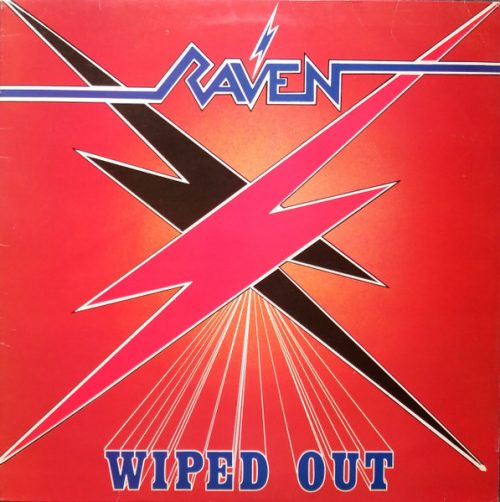 Can you sound extreme, pioneer and classic at the same while your song is dealing with mountain climbing? Beat that man… and can you name your second album with a song title that won’t be featured in it and had appeared a year earlier as a B’ side track…? Beat that man pt2 and can you finally forced by your label to draw a new artwork cover in an hour, 3 or 4 hours before you the album is printed? Well you can’t beat that motherfuckers…yet when you are Raven then not only you can do all the above but also become Raven one of the greatest bands that the British seas have washed away. Their sophomore album Wiped Out, that celebrates its 40th anniversary these days, as it was originally out in June of 1982 the very same year in which Maiden, Priest, Riot, Scorpions, Accept, Motörhead, Manowar, Anvil, Diamond Head, Twisted Sister, Tank (actually they released two ones) and Venom released enormous LPs , is one the main reason making them so major to NWOBHM and extreme music in its entirety.

Following the unexpected success of Raven’s 1981 debut, Rock Until You Drop, which also a brilliant moment of the entire music movement, the Geordies re-entered the studio to record their probably most important album of their lives. Important because it actually gave birth to a new whole genre the self-proclaimed Athletic Rock of which along with Avenger (Newcastle bands must had something in their drinks in early 80’s indeed if you count Venom too) should be acclaimed as begetters of it. Raven managed to push further the boundaries of Heavy Metal taking their influences from Judas Priest and Scorpions and open new horizons that eventually turned to Speed and proto Thrash Metal. Speaking of proto Thrash we should mention the brilliant riffs and fast paced soloing which seems to come from the (near) future and years later will return back from beyond the Atlantic Ocean to Europe with hype.

The trio began its long way in 1974 as a cover band playing mostly songs from Queen, Stays Quo and Deep Purple. It took some years though until their breakout that was after a live show at Balmbra’s in the center of their hometown in 1980. In which the band of Tygers Of Pan Tang attended along with their managers, Tom Noble and Graeme Thompson. It was then when the two managers offered the Gallagher brothers, singer John, his guitarist brother Mark and drummer Rob Hunter, to do a demo at Impulse Studios, which was also home to Neat Records, Tygers of Pan Tang label at the time. The result of these sessions was the highly received single ‘Don’t Need Your Money’ b/w ‘Wiped Out’.  This led to the debut studio ‘Rock Until You Drop’ that made an impressive impact to both Press and fans while now considered to be classic. As the band had a lot of material written already (an observational would notice the set list written on a paper on the cover of ‘Rock Until You Drop’ that got ‘Chainsaw’ on it, as it was already written and being played at that point All the noise about them had to (and could easily) be printed in a new sophomore LP as their hot name meant more pounds for their record company, more tickets in their live shows and more beers in the pubs they played. It took them only a week to finish it along with ‘Crash Bang Wallop’ EP.

Well these guys were on totally on fire as 1/3 of the album was written during that week in the studio, when recordings and mixing should only worry them, but no, Raven had the momentum and as they were in ecstasy and thirsty for success they tried new things and the result placed them on the pantheon of NWOBHM.  And we are not talking for any fillers here… half of ‘To The Limit/To The Top’ and ‘Battle Zone’ just to name 2 were written during the sessions, but that’s what crazy working hours’ worth for, when you spent 15 to 16 hours on studio (but) focused 100% on your cause.

The album is full of explosive riffs, hyperactive vocals, live feeling, vivid melodic leads, raw sound, insane speed and breaks, intensity, fast guitar licks, mean drumming, furious head banging desire, passion, ass kicking solos, straight forward  metal assaulting attitude, over the top performance and above all a dozen of NWOBHM gems. With a sharp knife in my throat I would pick Faster than the Speed of Light, Bring the Hammer Down, To the Limit /To the Top, Live at the Inferno, Chainsaw and Hold Back the Fire.

Wiped Out is a genre defining album as much as it was back in early 80’s wearing denim jeans, black leather and growing your hair long…. 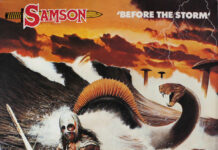 Samson – Before The Storm