Raw Silk burst onto the Greek and European A.O.R. scene in the 90s with the legendary debut album “Silk Under the Skin”. The 2004 re-release of the album on CD brought the band back to the forefront and led to high profile reunion concerts supporting Pink Cream 69, Jeff Scott Sotto and Winger. After a second long hiatus and led by composer-drummer and Raw Silk founder Kostas Kyriakidis the band has regrouped in the UK with a brand new lineup and will release the elusive and long-awaited follow-up to their revered debut “Silk Under the Skin”.

The new album, entitled “The Borders of Light”, is a modern take on the classic metal sound of the late 80s featuring 10 brand new tracks with a total running time of over 60 minutes. Seamlessly bridging past and present, “The Borders of Light” delivers strong melodies combined with signature keyboard lines and heavy riffs. Superbly recorded and produced at Vault Studios in the rock heartlands of the Black Country. The album will be released on April 24th of 2017 on Fame Of Poets Records.

Listen to the band’s first single and lyric video “Nobody Fills the Loneliness”:

Tracklist:
1 One Lifetime
2 Nobody Fills the Loneliness
3 Chimera
4 Night Time Angels
5 The Road You’ve Taken
6 Losing My Mind
7 Distressed and Powerless
8 Out of reach
9 The Borders of Light
10 Solitude of Pain 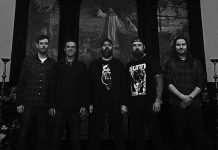 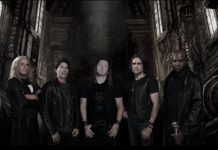