“I hear the footsteps walking by, watching myself slowly die.”

Only a few moments have passed since Napalm Records released the heartbreaking statement about the passing of Alexi Laiho, and while I’m trying not to lose my shit while listening to “Something Wild”, Children of Bodom’s debut album, I have come to the realisation that the guitar hero of my generation is now deceased, but never forgotten.

“The chains get tighter around my throat.”

Alexi Laiho was not only a legendary songwriter and leader for our mandatory jam band, Children of Bodom, for all us born in the late 90’s, but also a shredding icon for everyone who decided to pick up a guitar during his teenage years. He was a true rockstar. He was living life to the fullest. Countless stories have passed through our social media feed the past few years regarding injuries, alcohol abuse but first of all, stories for death to laugh at.

Alexi’s name has been carved into stone for living relentless, reckless forever. His “party hard” lifestyle led him to be terribly injured plenty of times, forcing Children of Bodom to cancel their tour. He would fall drunk into the tour bus, breaking his ribs, wrists, arms and severely traumatize his head. However, he battled through plenty of shows through coughing blood and not giving a fuck about what doctors would always say. This however, led Alexi to battle with his inner demons, which was openly discussed in interviews and among the fandom.

“Death? What do you all know about death?”

I don’t have the courage to make a formal farewell letter to one of my most beloved childhood heroes. The only thing that hurts the most is that after struggling through so much, Children of Bodom were abruptly taken away from him last year. And this is how a distand childhood memory becomes a harsh reality of a rockstar beaten by death, after living relentless, reckless forever.

“Death be no proud. Though some have called thee mighty and dreadful, for thou art not so.” 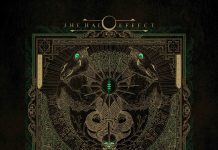 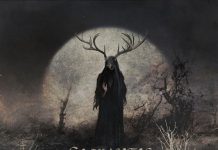