Firstly, I should clear out that melodic metal is not one of my favorites – with some brilliant exceptions of course – so I was surprised when I was assigned to comment on this release. With this band, of course, I gained a contact after an interview and two live reports, so I had pretty much already listened carefully enough of their material. Although, it comes to their maiden full-length release, we are dealing with a very interesting and highly professional job. “Hotter than a Bullet” as an album brings all those – positive – features governing the melodic area. It sounds pleasantly from the beginning till the end, has its catchy moments, its strong points and includes an awesome mid-tempo ballad song (Prince of Steel), like every album that respects itself. Their influences come from many areas. They themselves name some bands in the press release (Europe, Scorpions, Stryper, Metallica, Led Zeppelin, Whitesnake, Jaded Heart, Gotthard, HEAT, Eclipse, Steel Panther) as the main ones, but one can easilydistinguish some from Hard Rock – type Dokken, Jorn and AOR type Dare, by Pink Cream ’69, Axel Rudi Pell and more “Power Situations” Edguy type and Battle Beast (the first album). Result of this, is that the tracks sound familiar in the listener’s ear, but without reaching the point of replication, since the work of the musicians are at a very high level and in combination with the very fitting voice of Toka (Power Crue). I will not subject to the process to pick out some songs, since there are no fillers and each one of them has its own style, buti will dwell a little on “Higher” which I consider that it is more “Heavy Metal styled” in my ears and “Superhero”, which kindly reminded me of Edguy. Finally, credits will be attributed to Bob Katsionis too, for the very good production. I hope there will be a similar continuity in the future.

For now, I would say the first sample is positive … 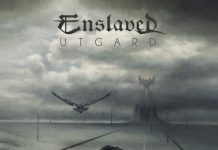 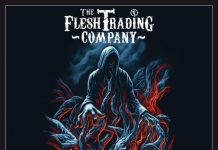