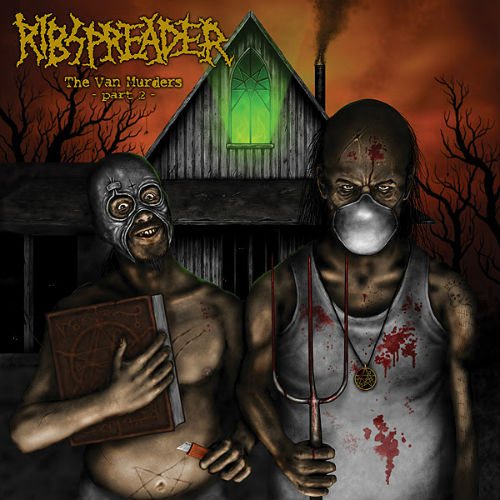 Swedish Death Metal veterans RIBSPREADER, have just revaled cover artwork, tracklist and 1st single of their 7th album “The Van Murders – Part 2” to be released next 6th of June through Xtreem Music. Leaded by swedish mastermind Rogga Johansson (PAGANIZER, PUTREVORE, THE GROTESQUERY, REVOLTING…) on guitar/ bass/ vocals, and accompanied by lead guitarist Kjetil Lynghaug (PAGANIZER, ECHELON…) and drummer Brynjar Helgetun (PUTREVORE, THE GROTESQUERY, JUST BEFORE DAWN…), RIBSPREADER have recorded hell of a fucking heavy and ugly Death Metal album that follows the steps of their previous works and will please not only every lover of the band, but every swedish Death Metal fanatic as well.

Tracklist for “The Van Murders – Part 2 ” is as follows:

https://goo.gl/xMZ8xA and listen to the 1st advance single on the following links: