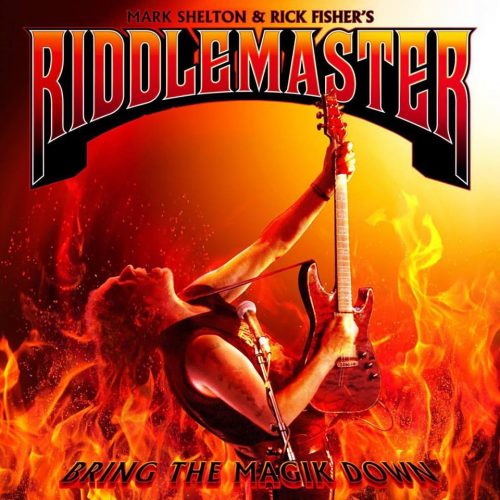 RIDDLEMASTER is the brainchild of Mark ‘The Shark’ Shelton and Rick Fisher. Rick Fisher was the drummer on the first MANILLA ROAD records from 1979 to 1984 including the signature song ‘Flaming Metal Systems’ and the iconic release ‘Crystal Logic’. Mark Shelton is founder, guitarist, vocalist and primary composer for MANILLA ROAD since its beginning in 1977 and is still going strong with the band.

The RIDDLEMASTER idea came up when Rick and Shark were discussing what MANILLA ROAD might sound like if Rick had never stopped performing with the band. The result is ‘Bring The Magik Down’. Accompanied by E.C. Hellwell on bass guitar this is an experiment in what might have been. The music within this album is full of classic rock and metal styles that are indeed reminiscent of the roots of their original band. Within this collection of tunes, you will find many styles woven together with a foundation in traditional rock n roll music. If you are a fan of early Manilla Road or a fan of classic Rock and Metal music this album by RIDDLEMASTER is a must have!!!

The album ‘BRING THE MAGIK DOWN’ will be released worldwide on CD, vinyl, digital download and streaming on December 1st, 2017!!!