Commencing celebrations marking 30 years of Greece’s premier black metal export, Rotting Christ in association with Peaceville Records present a brand new studio offering in the shape of ‘The Call’ for this special 7”, coming February 9th. With the epic title track recorded especially for this release showing a band still at the top of their creative powers, the EP also contains a live rendition of early classic ‘The Sign of Evil Existence’ featuring Behemoth’s Nergal & Varathron’s Necroabyssus on guest vocals.

‘The Call’ acts as a precursor to the upcoming deluxe 5-disc set ‘Under Our Black Cult’ featuring a book written by The Cult Never Dies author Dayal Patterson chronicling the early years of the band from their grindcore origins to reigning masters of occult Hellenic black metal, with interviews with the band, plus fellow members from the black metal and underground scenes. Also featured are 5 audio discs containing the comprehensive early works of the band including demos, rarities, EPs, albums & live material, and rightly showing why Rotting Christ have sustained a three decade legacy on the back of their inspirational beginnings. 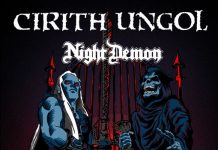 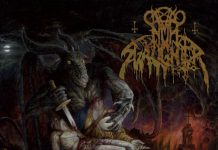 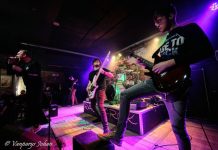