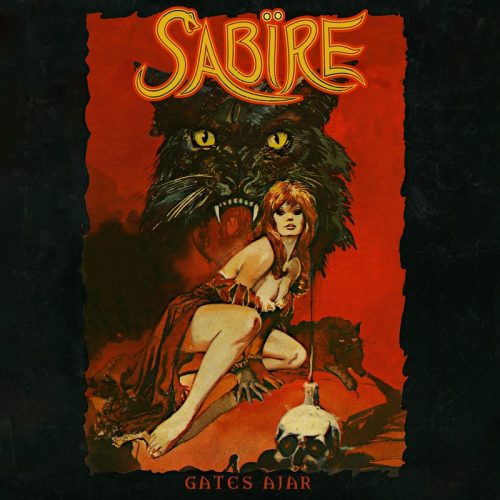 We’re in 1983 and young James Hetfield works 2 years with Lars Ulrich rehearsing several guitarists to add in their bands line up. No bass player nearby, and what we hear on these lost tapes is 7 well written (still immature) compositions of blended N.W.O.B.H.M. and Ratt ‘s rock ‘n’ roll early steps with high energy and multiple facets before ‘Tallica speed up their N.W.O.B.H.M. influences and mix it with punk attitude… That’s a lie. We’re in 2019 in Sydney, Australia and we are dealing with a heavy metal act with the feminine name Sabïre. This is their debut EP entitled ‘Gates Ajar’ and the aforementioned description could have been close enough to give a precise and accurate portrayal of Sabïre’s music. Originally released on Bandcamp at the tail end of 2018, Sabïre is the project of Canadian* ex-pat Scarlett Monastyrski (responsible for guitars, bass, keyboards and vocals), along with Paul Corben on drums. Many fans of the so called Traditional sound may love their aesthetic and their writing approaching, but without saying they suck or something still their writing skills can’t be regarded as top notch. They have the ability and the skills and as a first sample, ‘Gates Ajar’ is ok. Now that I’m reading again my text, I could only use 3 words, damn it… ‘Ratt meets Tank’. 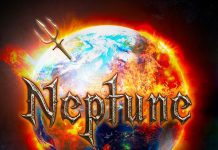 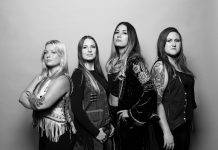 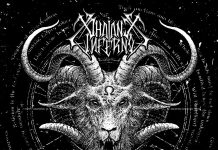