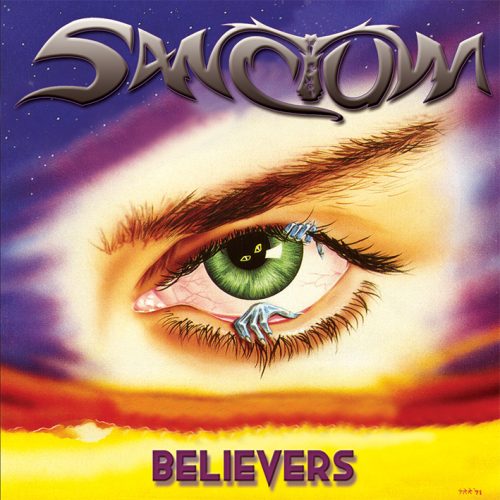 “This reissue will never happen, all the band members are dead and there is absolutely no info available for this band anywhere”. In a few words this was the status behind the SANCTUM name for many years now. Yes I am referring to SANCTUM from Florence, New Jersey, US.

Arkeyn Steel Records managed the impossible. The reissue of “Believers”, the one and only release by this New Jersey based Heavy / Power Metal band.

“But why impossible?” Someone may ask… Well here we are dealing with the absolute Holy Grail of CD collecting. I am not going to waste lots of space, analyzing how rare this 1991 CD pressing of “Believers” have became through the years. I will put it simply: This is one of the rarest -if not the rarest- CDs in existence on the Metal world. Nobody even know how many copies were in existence and the very few copies that were appearing from time to time, have been sold for extremely high prices.

“But there are other rare pieces of Metal that have been finally reissued, what is so special with this one?”, I can hear you asking… Yes the fact that absolutely no information was available anywhere about SANCTUM, plus there was not even one single connection by anybody with any band member, or with someone around the band, well all those facts made any reissue attempt, simply impossible. The info was simply not there, the people seemed disappeared -rumors that they were… dead, were in existence-, only some copies of the “Believers” 1991 CD pressing were sold from time to time in sky high prices and that was it… Go figure…

Fortunately people of Arkeyn Steel Records managed to track down the band’s guitarist Ray Babula and through a very careful and focused process they managed to complete a really important reissue.

OK there is this very specific background about this original release transforming it into a little legend through the years, but hey there is the music that is included in there, correct? Correct. Well Yes… Who gives a fuck about the rarity level of a release if the music is crap? Well some may care, but this is another big topic for another discussion, because “Believers” is simply a little masterpiece on its genre. Oh yes, the one and only release by this talented band from New Jersey is one of the greatest examples of Melodic Heavy / Power Metal, period.

I would definitely consider Ray Babula as a riff genius. Let’s take as a starting point the first six tracks of the Arkeyn Steel CD edition, those are the tracks included on the original pressing as well, so you are probably familiar with them already. Listening closely to this material you will soon realize that the characteristic riffing is the main feature in here. Catchy, a little complex and so solid, those riffs are the ideal basis for songs that are evolving to real masterpieces.

You may want to add the melodic interludes, the shining lead guitar parts and of course the vocals of Vinnie Cardona, in order to complete a heavenly metal puzzle.

There are even more great elements to be discovered on the demo material that is included on this reissue, presented for the first time ever. From late 1986 until late 1988, SANCTUM were recording demos and in there you will be able to discover a wider Power Metal touch. I advice you to focus on the amazing vocals of Bob Maass when checking out those recordings. The guy can really hit those high notes! And yeap “Nasty Weather” is a hell of a fucking great tune! I consider it to be my favorite unreleased track together with “Murder” which is the last demo song that SANCTUM recorded before they disband. There is a couple of more musical goodness to check out, for example the “One Burning Candle” track, which is an early version of the “Candle” song, recorded back in 1987.

All the audio material has been remastered from scratch. Kostas Scandalis has done a really magnificent job on Infinity studio. Now the “Believers” songs sound even better and the unreleased stuff is brought to you in the best possible audio quality.

So we got lots of music to enjoy. But what else is included in this reissue? There is the complete biography of the band included. In there you will be able to read official information available for the very first time. And yes you will be able find all the answers to all the good questions you have been asking for years like for example the initial number of copies of the “Believers” CD pressing. But OK who cares about a number when you got the chance to read the complete story of a band that really followed the dream, leaving behind some great music. I spent the last six months of my life working on this biography. And I got the chance to work with one of the kindest and most patient persons that I have ever met: Mr. Ray Babula. Ray: Thanks for the patience, the kindness and all the good vibe. Monster Energy Drinks rule!

The overall packaging is completed with upgraded artwork by Kostas Athanasoglou plus lots of never before seen photos. All the song lyrics are of course included.

Well what else can I add in here? This is an absolute must! Justice is finally done to one of the most talented Melodic Heavy / Power Metal bands from USA. They can now have their own official page in the big Heavy Metal book and you finally got the chance to add a piece of Heavy Metal history to your record collection!

You can preorder the CD here. 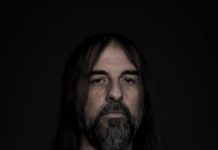 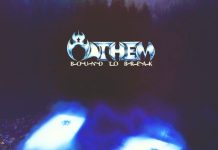 Anthem: Bound To Break | Turbo Coming From The East 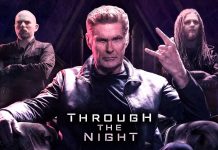